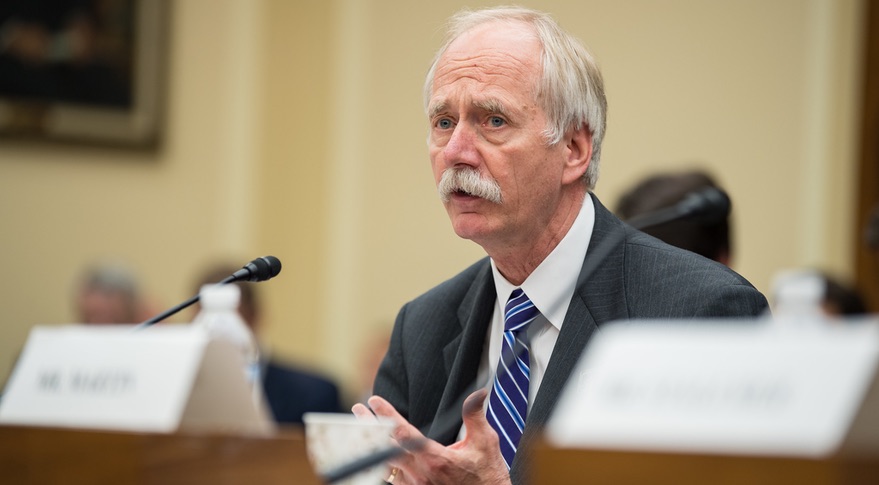 Bill Gerstenmaier discussed the importance of the ISS, from a technical and policy standpoint, during a virtual town hall meeting Sept. 5 by the Los Angeles-Las Vegas Section of the American Institute of Aeronautics and Astronautics (AIAA). His appearance was one of his first public comments on space topics since retiring from NASA in late 2019, several months after being reassigned from the position of associate administrator for human exploration and operations and more than four decades after joining the agency.

At the AIAA town hall meeting, he outlined the benefits of the ISS program, from science and technology development to the setting of standards for future exploration efforts. The station, he added, has also been a catalyst for commercial activity, creating demand for launch services for cargo and crew and hosting a growing number of private activities and facilities.

While NASA has discussed plans to eventually transition from the ISS to private space stations in LEO, he warned against doing so too quickly. “The push will be strong to end ISS and free up resources, predominantly dollars, for exploration. I think that’s a false trade,” he said. “ISS is still playing a very strong role in U.S. leadership.”

He argued it would take time for companies to develop the markets that can sustain private activities to the point where commercial stations are viable. “ISS is enabling the U.S. private sector companies to explore and develop commercial markets in low Earth orbit. This is going to take time,” he said. “This effort is actually critical, I believe, to establishing and making exploration sustainable into the future.”

“We don’t want to do an Apollo: a rush to a single objective and then have nothing left,” he continued. “We need to build infrastructure, leave pieces behind that the private sector can use, as well as the government, to move forward.”

Gerstenmaier said he didn’t know how long such a transition from the ISS to private facilities would take, but didn’t think there was a firm deadline for ending the station. “I don’t know that there’s a hard date where the station needs to be retired,” he said. “I think there will be probably a push to retire the station with the idea that you’re going to free up funds for exploration. That’s what I described to you as a false choice.”

NASA’s fiscal year 2019 budget request, released in early 2018, proposed ending federal funding of the ISS in 2025 as part of a LEO commercialization initiative. That proposal faced strong opposition in Congress, and NASA has not proposed a similar deadline for the station in subsequent budget requests. Past engineering studies have found that the ISS should be able to operate through at least 2028.

Gerstenmaier said it would take time for companies to explore markets for LEO activities, noting that both tourism and pharmaceutical research appeared promising. It was important, he added, to give more industry sectors access to the ISS to see how they can make use of the space environment in their fields. “That’s the heart of the innovation that has to occur,” he said. “I don’t think I can predict where those areas are, but I think our job is to expose the world, get more people to space, let them understand what we’re seeing and understand how we’re seeing it, and turn them free to figure out how to creatively use it.”

That innovation, he said, is needed to help stimulate the commercial spaceflight industry despite the success of SpaceX’s Demo-2 commercial crew mission to the station this summer. “I think the transportation sector for crew still isn’t quite established yet,” he said. “I think we need to give that a little bit of time to mature and get ready.”

He did not discuss in his comments his reassignment from associate administrator for human exploration and operations to a special adviser in July 2019. He quietly retired from the agency late last year and, in February, became a consultant to SpaceX.

He declined to go into specifics about his work at SpaceX, but said there’s less difference between work at the company versus that at NASA than one might expect, at least from a technical standpoint.

“It’s interesting being on both sides,” he said. “The demands of human spaceflight are the same. The precision that we have to do every day to make sure our crews are safe, make sure the hardware works, are absolutely the same. There’s no forgiveness for mistakes or being lazy or not sharing. You have to be 100% focused. That’s what we’re working on at SpaceX: how do we transition and get ready to really establish a transportation system that normal people would be willing to use.”