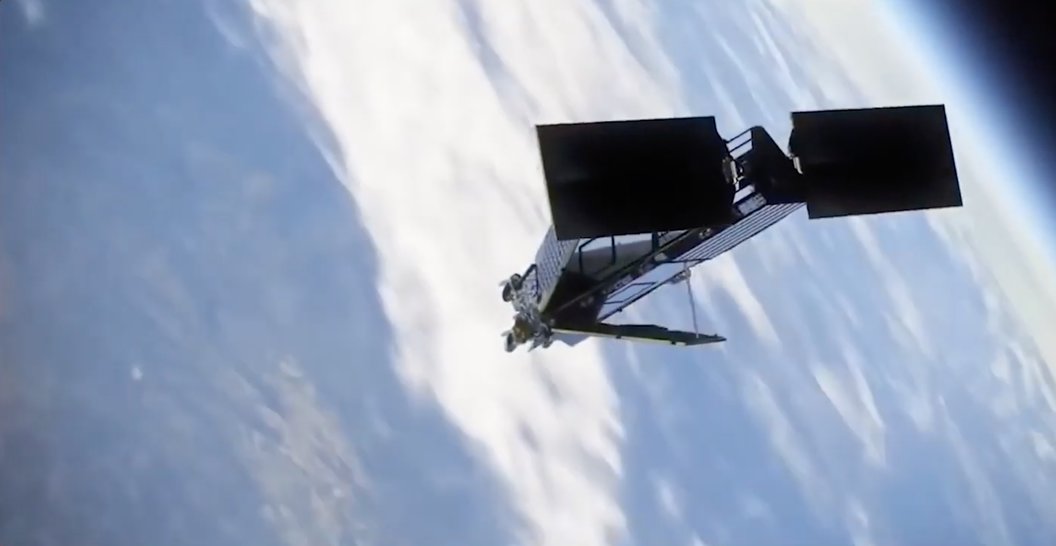 Iridium wrapped up de-orbiting 65 first-generation satellites, but questions remain over what to do — if anything —  about the 30 that remain space junk.

WASHINGTON — Iridium Communications completed disposal of the last of its 65 working legacy satellites Dec. 28, while leaving open the possibility of paying an active-debris-removal company to deorbit 30 that failed in the decades since the operator deployed its first-generation constellation.

McLean, Virginia-based Iridium started deorbiting its first constellation, built by Motorola and Lockheed Martin, in 2017, as it replaced them with second-generation satellites from Thales Alenia Space.

Of the 95 satellites launched between 1997 and 2002, 30 malfunctioned and remain stuck in low Earth orbit, according to Jonathan McDowell, an astronomer at the Harvard-Smithsonian Center for Astrophysics.

Seven of those defunct satellites have orbits where their lowest altitude, or perigee, drops below 600 kilometers — the point at which atmospheric drag is sufficient to naturally deorbit them within a few decades. The remaining 23, however, are orbiting 100 to 200 kilometers higher, according to McDowell, which means they will likely stay aloft at least 100 years, absent active removal.

“I would expect the ones with perigee over 700 km to stay up for the next century at least,” he said by email.

McDowell said the defunct Iridium satellites won’t be the dominant space debris between 700 and 1,000 kilometers, since ageing Soviet rocket stages and other junk remain in that region. But the Iridium satellites are a “significant contribution,” he said.

“It’s certainly more risky to leave these things up there than to remove them,” added Moriba Jah, an associate professor at the University of Texas, Austin, who is specialized in orbital mechanics. “Just leaving this stuff for Mother Nature to cleanse in general, especially with more of these megaconstellations going up, is a bad idea.”

SpaceX, OneWeb and Telesat all have plans to launch hundreds or thousands of satellites above Iridium’s altitude, meaning their megaconstellations would have to avoid those defunct satellites when launching and upon deorbiting.

Iridium CEO Matt Desch said on Twitter that Iridium has diligently deorbited functioning satellites usually within 30 days of taking them out of service. That is far faster than the 25-year disposal guideline promoted by many of the world’s space agencies.

“The ones that haven’t reentered failed in orbit — many of them very early in their lives or on launch,” he tweeted Nov. 29.

Desch, when asked by SpaceNews if Iridium would be willing to pay an active-debris-removal venture deorbit its remaining first-generation satellites, said it would “for a low enough cost.” He floated the idea of $10,000 per deorbit, but acknowledged that price would likely be far below what a debris-removal company could realistically offer.

“You know at what point [it’s] a no-brainer, but [I] expect the cost is really in the millions or tens of millions, at which price I know it doesn’t make sense,” he tweeted.

At current launch prices, $10,000 would hardly be enough to launch a few kilograms of fuel, let alone a complete spacecraft. But debris removal hopefuls said Iridium’s proposition is a helpful conversation starter, even if a $10,000 price point is unrealistic.

“We recognize the operators don’t see a current impetus to bring [their debris] down,” said Chris Blackerby, chief operations officer of Astroscale, a debris removal startup. “One of the problems is, when does the price point for paying for the removal of the debris reach the level in the minds of those operators that it’s worth it to mitigate that risk?”

Tokyo-based Astroscale has raised $132 million, and has a debris-removal demonstration mission launching in mid-2020 on a Soyuz rocket.

Blackerby said Astroscale is working on finding a workable price point for debris-removal services that owners of defunct spacecraft are willing to pay. That price must be higher than $10,000, he said, but declined to specify how much.

Luc Piguet, CEO and co-founder of ClearSpace, a company recently selected for a roughly $130 million mission to deorbit a piece of rocket debris for the European Space Agency, said his company, too, is working on acceptable pricing for private satellite operators.

“We work at bringing the costs of removal of failed satellites down,” Piguet said by email.

A hypothetical $10,000 mission is “at this stage not realistic in the space industry,” he said.

Desch tweeted that paying to deorbit Iridium’s dead satellites would have little financial benefit to the company.

“Incremental ops cost saved is zero. Decreased risk to my network equals zero (all are well below). Decreased regulatory risk is zero (I spend the $$, and someone else runs into something). Removing 1 or 2 things from a catalog of 100,000 is perhaps worth only PR value,” he tweeted.

That public-relations value could be significant, however. In 2009, a defunct Russian satellite crashed into an active Iridium satellite, creating over a thousand pieces of space debris and showing the danger dead satellites present. NASA in 2011 called the Iridium-33 and Cosmos-2251 collision one of the “worst known debris generation events in Earth orbit.”

Luca Rossettini, CEO of Italian company D-Orbit, said that if satellite operators really tally the cost of not cleaning up after themselves, it adds up.

When satellite operators factor the cost of monitoring and flying around debris, plus the risk of third-party liability, “then the economic benefit will emerge and decommissioning + [active debris removal] will become a competitive advantage,” he said by email.

Rossettini said insurance companies are already factoring satellite end-of-life procedures in their premium algorithms, creating more incentive for operators to plan ahead on their own.

“Regulations will follow,” he said. “It is just a matter of time … and time is running out.”

Desch said his primary concern today is that other companies launching their first-generation satellites might rush spacecraft production and leave even larger numbers of dead satellites in orbit. The $10,000 price point was “intentionally provocative and for thought purposes,” he said.

“We need a global solution, with global support,” he tweeted. [We want] to promote that, but with a sustainable solution.”