Thanks to a mission extension, NASA’s Juno probe continues to orbit Jupiter, being only the second spacecraft in history to do so.

Since it arrived around the gas giant on July 5th, 2016, Juno has managed to gather a great deal of information on Jupiter’s atmosphere, magnetic and gravity environment, and its interior structure.

In that time, the probe has also managed to capture some breathtaking images of Jupiter as well.

But on December 21st, during the probe’s sixteenth orbit of the gas giant, the Juno probe changed things up when four of its cameras captured images of the Jovian moon Io, showcasing its polar regions and spotting what appeared to be a volcanic eruption.

The images were captured by multiple instruments in the probe’s scientific suite, including the JunoCam, the Stellar Reference Unit (SRU), the Jovian Infrared Auroral Mapper (JIRAM) and the Ultraviolet Imaging Spectrograph (UVS).

Together, these instruments observed Io’s polar region for over an hour, during which time an unexpected lava plume occurred.

As Scott Bolton, the principal investigator of the Juno mission and an associate vice president of the Southwest Research Institute’s Space Science and Engineering Division, explained in an SwRI press release:

“We knew we were breaking new ground with a multi-spectral campaign to view Io’s polar region, but no one expected we would get so lucky as to see an active volcanic plume shooting material off the moon’s surface. This is quite a New Year’s present showing us that Juno has the ability to clearly see plumes.”

As Candice Hansen-Koharcheck, the JunoCam lead from the Planetary Science Institute, explained:

“The ground is already in shadow, but the height of the plume allows it to reflect sunlight, much like the way mountaintops or clouds on the Earth continue to be lit after the sun has set.” By 12:40 UTC (08:40 EDT; 04:40 PST), Io had passed completely into Jupiter’s shadow and went dark. However, the sunlight reflecting off of Europa helped to illuminate Io and its plume. At this point, the SRU camera (which is designed to gather light from stars) was able to capture an image that showed Io once it became illuminated by the reflected light from Europa.

This was a rare opportunity, since the SRU was not designed for surface imaging. The crew also used the occasion to test out the JIRAM instrument, which senses heat at long wavelengths. Designed to detect hotspots in Jupiter’s atmosphere between day and night, the crew found that the instrument was also useful for generating an image of the hotspots on Io’s surface (shown below).

The ostensible purpose of the Juno mission was to peak beneath Jupiter’s swirling clouds and learn what makes the planet tick. These latest images demonstrate that the probe is also capable of studying Jupiter’s moons, which could lead to new insights into how interactions between the gas giant and its major satellites (Io, Europa, Ganymede and Callisto) affect both. 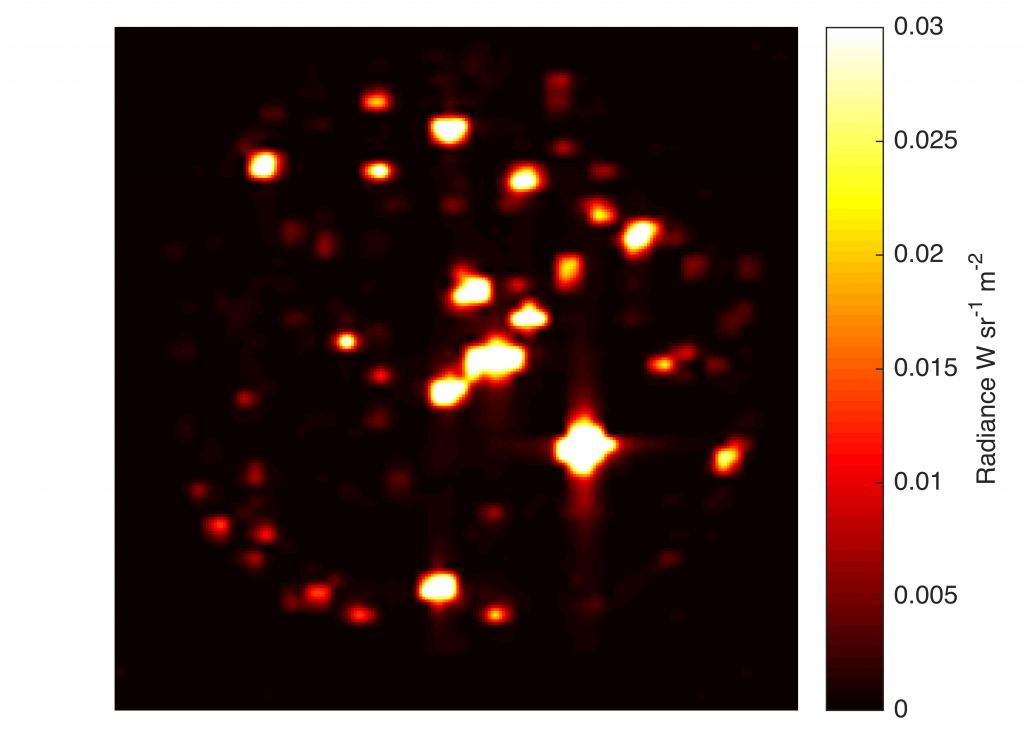 For Io, include the moon’s volcanic activity, which is attributed to tidal interactions with Jupiter, as well as the freezing of Io’s tenuous atmosphere when it is in Jupiter’s shadow. There’s also the way in which Io’s volcanic activity contributes to Jupiter’s radiation environment and helps to strengthen and shape the planet’s magnetic field.

These images were taken at the halfway point in the Juno mission, which is scheduled to finish mapping Jupiter and crashing into the planet’s atmosphere in July of 2021. Before and after that occurs, scientists expect many more images and findings to come from this mission.

After many centuries, bamboo still has a role to play in the construction sector
TinyML is giving hardware new life
SpaceX gets FAA approval for Starship flight tests
Weather scrubs SpaceX commercial crew launch
Investors say emerging multiverses are the future of entertainment