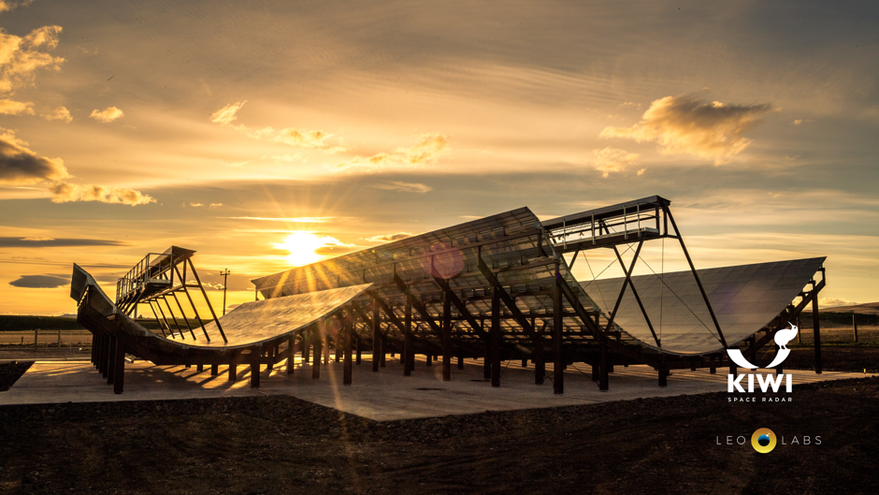 “We founded the company on the promise that we would deliver this technology,” Dan Ceperly, LeoLabs co-founder and CEO, told SpaceNews. “We’re extremely excited to show the technology that we’re going to take around the world.”

LeoLabs now operates three radars to track spacecraft and debris in low Earth orbit (LEO). The firm’s first two radars, located in Alaska and Texas, are designed to track objects as small as ten centimeters, the size of a single cubesat. U.S. Strategic Command tracks objects of similar size and shares the information through the website spacetrack.org.

“The Kiwi Space Radar raises the bar on addressing the threat of collisions that have never before been tracked in LEO,” Michael Nicolls, LeoLabs co-founder and chief technology officer, said in a statement. “By operating at a higher frequency than our earlier sensors, the Kiwi Space Radar was designed to track an estimated 250,000 additional objects down to two centimeters in size. These objects account for most of the risk of collisons in space, and Kiwi Space Radar is the first big step towards addressing that risk. It will enable thousands of new satellites to safely use LEO.”

LeoLabs has completed construction of the new radar on New Zealand’s South Island and is obtaining data for testing and calibration, Ceperly said. By the end of the year, LeoLabs plans to include data from the Kiwi Space Radar in the products and services for its customers.

The new radar can see objects as small as two centimeters across thanks to electronics that work at a higher frequency, additional structures in the shape of snowboarders’ halfpipes and the extremely smooth surfaces of those structures.

“In Midland, Texas, there’s one halfpipe,” Ceperly said. “At the New Zealand site, there are four acting as almost two radar systems.”

LeoLabs plans to install similar radars at three additional sites in the next couple of years, Ceperly said, including one near the equator as well as radars “a little bit further North and a little bit further South to give us good coverage of large constellations going into higher inclinations.”