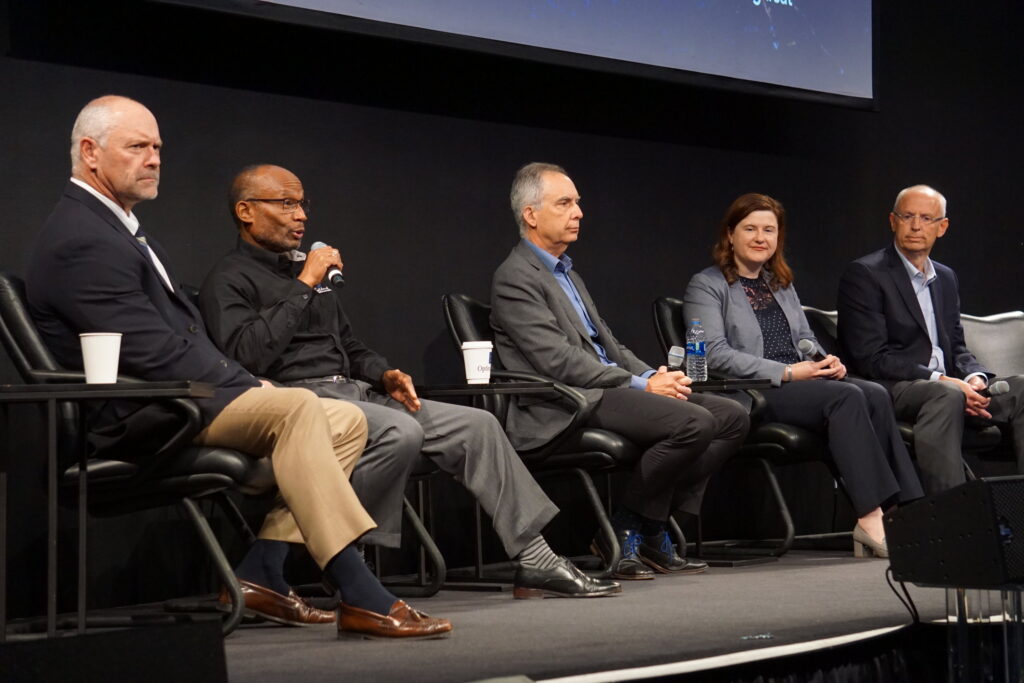 MOUNTAIN VIEW, California — Growing demand for small satellites that are built quickly and cheaply is challenging manufacturers who want that business but don’t want to forsake lessons learned from building bigger spacecraft.

Manufacturers speaking Oct. 10 at the Satellite Innovation conference here said they are trying to evolve their approaches to mission assurance — making sure what they build doesn’t fail in orbit — so that they can respond to a wider swath of customers.

“It is a real challenge,” said Bill Hanson, a mission success director at Lockheed Martin Space. “There is a lot of heritage and scar tissue built up in all of our different processes that we have. We don’t want to throw that away, but you want to apply it judiciously.”

“The challenge for us is to try to attain mission assurance standards throughout the factory that can be accepted by the commercial customers, by NASA and by people that want rapid, fast, small, cheap satellites,” added James Loman, a senior distinguished engineer of flight assurance at Maxar Technologies. “What we’ve learned is that if you change requirements from one customer to the next, it creates confusion and is probably not the right way to go about it.”

Manufacturers listed different steps they are taking in order to strike the right balance with their wider range of customers. That process hasn’t been easy.

Loman said when Maxar Technologies’ former SSL division first started working on smallsats, it assembled a team of roughly a dozen people without any mission assurance specialists. It didn’t work, he said.

“What we find is that with engineers and with manufacturing people it’s not a priority,” Loman said. “The mission assurance hand can be light in a smallsat program, or a Skunkworks-type of thing, but it cannot be absent.”

Hanson said Lockheed Martin keeps a “process library” that it draws from to determine what kinds of mission assurance tasks are necessary for a given spacecraft.

“It is a very conscious tailoring to meet mission assurance that the customer is looking for,” he said.

Osterkamp said Ball Aerospace is working on evolving mature technologies so that they can retain their original heritage while being more applicable to commercial customers.

“A decade ago it was all about policing functions,” he said. Now Ball Aerospace seeks to use mission assurance experts as a “support organization that truly provides discriminating value” by focusing on analyses critical to on-orbit mission success, he said.

Michael Johnson, chief technologist of NASA Goddard’s Engineering and Technology Directorate, said the agency has found some companies won’t work with it because they consider its mission assurance requirements too cumbersome. NASA does have high standards, he said, but still wants to work with companies that can bring fresh ideas.

Johnson said NASA is emphasizing conversations with suppliers to encourage them to work with the agency.

“We all want to be successful, and if we have those conversations we can often come to agreements on what should be done to deliver the success that we’re looking for,” he said.

Trump declares state of emergency as Michigan floodwaters recede
‘Molecular movie’ shows how electrons rearrange to kick-off a chemical reaction – Physics World
Scientists baffled by decision to stop a pioneering coronavirus testing project
Proton CT system lines up for small-animal studies – Physics World
Physics in the pandemic: ‘Returning to the lab will be hugely beneficial for me’ – Physics World