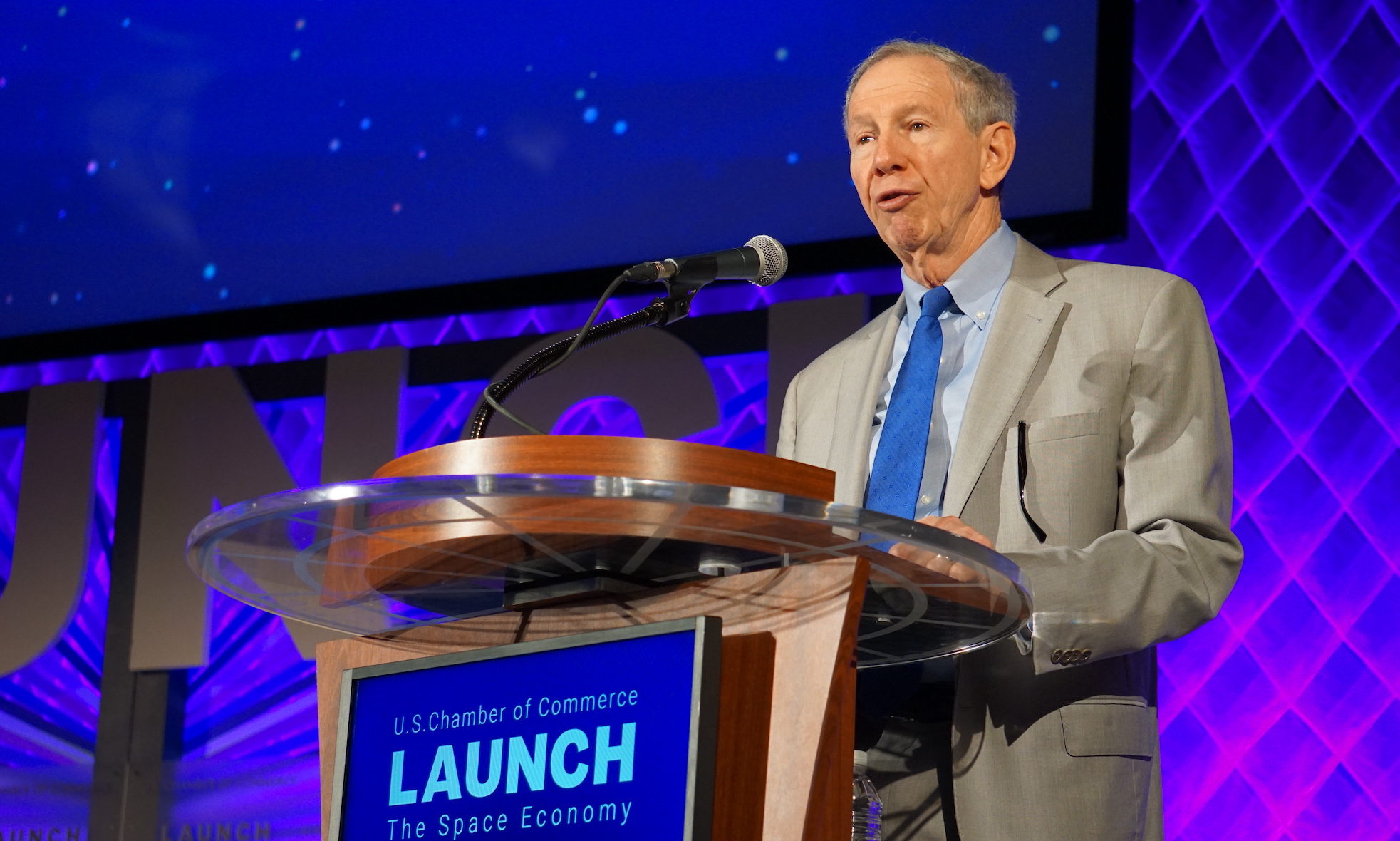 WASHINGTON — Mike Griffin, the former NASA administrator who stepped down as undersecretary of defense in July, has joined the board of directors of small launch vehicle company Rocket Lab as that company seeks to grow its government business.

The company announced Aug. 12 that it added Griffin to its board, joining company founder Peter Beck and three investors: Sven Strohband of Khosla Ventures, David Cowan of Bessemer Venture Partners and Matt Ocko of DCVC.

“He brings a wealth of knowledge and experience from the civil, defense and commercial space sectors that will be invaluable to our team as Rocket Lab continues to grow and meet the ever-evolving launch and space systems needs of the national security community and commercial sector alike,” Beck said of Griffin in a company statement.

The announcement came a little more than a month after Griffin resigned from his position as undersecretary of defense for research and engineering. Griffin and his deputy, Lisa Porter, said June 23 they were leaving to pursue opportunities in the private sector that they did not disclose at the time. Their last day at the Pentagon was July 10.

The Rocket Lab announcement says that Griffin is currently the co-president and co-founder of LogiQ, Inc., a company “providing high-end management, scientific and technical consulting services.” That is the same description as in Griffin’s LinkedIn profile, with no additional information about the company. Griffin and Porter are listed as the two directors of LogiQ in a June 17 filing with the Virginia State Corporation Commission.

Griffin has moved between government and industry throughout his career. Before serving as undersecretary of defense, he was best known as being NASA administrator from 2005 to 2009. While leading NASA, he oversaw development of the Constellation program and initiated the Commercial Orbital Transportation Services program for commercial cargo delivery to the International Space Station, a precursor to commercial crew.

In industry, Griffin was an executive at Orbital Sciences Corporation during the 1990s, leading its Space Systems Group, and later was chairman and chief executive of Schafer Corporation, a company that provided engineering and technical services for agencies in the national security sector. He also led In-Q-Tel, the venture capital arm of the intelligence community.

Griffin’s addition to Rocket Lab’s board comes as the company seeks to grow its business with the U.S. government. The company has won launch contracts from the U.S. Space Force, DARPA, NASA and the National Reconnaissance Office, including a contract with the NRO announced June 18 for back-to-back launches of its Electron rocket from New Zealand in 2021.

In a SpaceNews webinar Aug. 3, Beck said that the U.S. government was an “incredibly important” customer for his company, accounting for about half its manifest. “The government has become reliant on Rocket Lab to deliver payloads of national significance, so the reliance is both ways,” he said.

“Space continues to be a highly contested domain crucial to our national security, and it’s also a domain that presents significant commercial opportunity,” Griffin said in the Rocket Lab announcement. “The Rocket Lab team has a proven track record of executing on a clear vision to make space accessible to these diverse communities, and I look forward to supporting that vision.”

Big potential, but challenges to overcome: A look at offshore wind in the U.S.
Amazon invests in battery recycling firm started by former Tesla executive
Are humans still evolving? Scientists weigh in
How the giant stinging tree of Australia can inflict months of agony
Military commanders could use more satellites for tactical surveillance