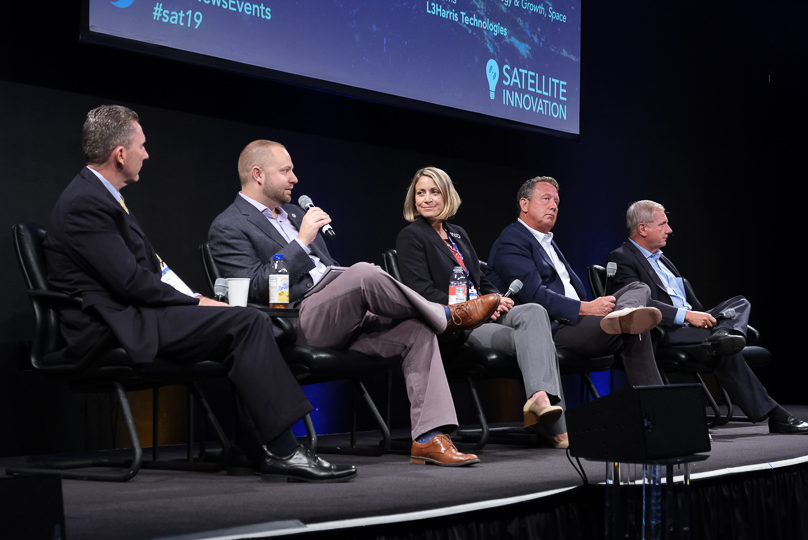 MOUNTAIN VIEW, California – Decades ago, the U.S. Defense Department led innovation in communications and remote sensing technology. Increasingly, U.S. military agencies are turning to the private sector for innovative communications and Earth observation products and services, according to government and industry executives at the Satellite Innovation 2019 conference here.

“In terms of cost, capacity and volume, it would be hard for the military to beat what commercial industry is doing,” Rick Lober, vice president and general manager for Hughes Network Systems’ Defense and Intelligence Systems Division, told SpaceNews.

The Defense Department is trying to speed up access to innovative commercial technologies through a variety of contracting mechanisms like other transaction authority as well as pilot and pathfinder programs aimed at testing new technologies and system architectures.

“We have a number of initiatives that our office has put in effect with more to come,” said Mike Nichols, chief of commercial satellite communications for Air Force Space Command’s Satellite Solutions Branch.

Private sector innovation in space, cybersecurity and mobile networking are prompting changes in acquisition policy, practice and culture, Peterman said. “An acquisition system predicated on invention has to turn into one that can assess, adopt, apply and then evolve more effectively than ever before,” he added.

As an example, Peterman points to Apollo program.

“When we put a man on the moon, there were probably 10,000 NASA contracts to invent everything from aluminum foil to Tang, the breakfast drink,” Peterman said. “If NASA wanted to put a man or woman on Mars today, the fastest, most effective way to do that, might be to write a one or two-page statement of objectives and let Elon Musk, [Jeff] Bezos, Richard Branson and some others bid on that.”

If government agencies don’t embrace commercial innovation, the consequences could be grave, according to a panel of experts discussing the implications of space as a warfare domain.

“The U.S. government’s ability to maintain dominance in space will be heavily dependent on their ability to work quickly to take advantage of all the commercial innovation we’re talking about here,” said Chris DeMay, HawkEye 360 chief technology officer and co-founder. “We see enemy nations investing in their own companies with parallel capabilities that will exceed ours if the U.S. government can’t continue to invest at a faster rate.”

“Give the high-level requirements and let commercial solutions emerge,” Gopal told SpaceNews. “With fixed price contracts, there is some risk but there is also flexibility to innovate.”

Hughes has found that flexibility in its work applying artificial intelligence and machine learning to improve interoperability and network management, Lober said.

When networks are built for interoperability, “service can be ported from one satellite to another and from one beam to another,” Gopal said. “If one asset is compromised you have to others to take its place. That is happening today with automation, modular architecture and machine learning.”