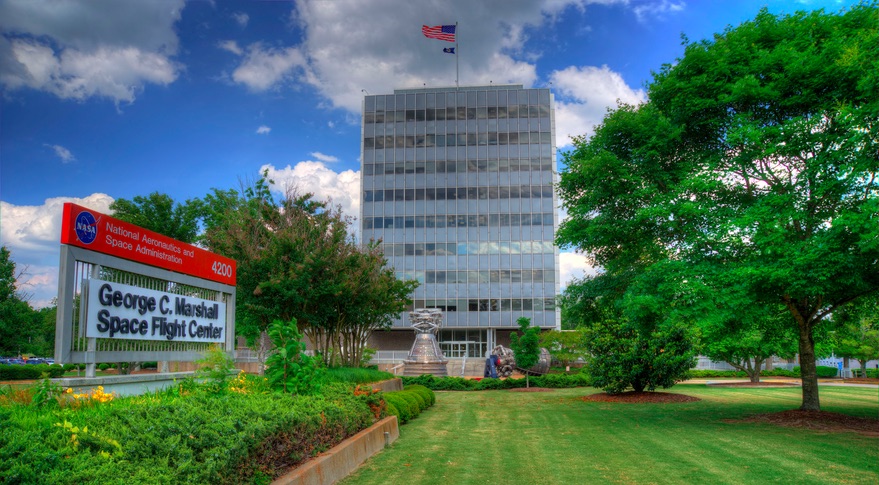 WASHINGTON — NASA’s Marshall Space Flight Center in Alabama announced March 14 that it is instituting a mandatory telework policy after an employee was diagnosed with the coronavirus disease COVID-19.

In a statement, Jody Singer, director of Marshall, said the center received confirmation late March 13 that an unnamed employee had tested positive for COVID-19. As a result, she said, the center was instituting “mandatory telework effective immediately and until further notice.” Only mission-essential personnel will be allowed at the center.

Marshall is also performing “contact tracing” to identify people “who may have had significant contact with that employee,” Singer said.

The announcement puts Marshall in “Stage 3” of a NASA framework for dealing with the coronavirus pandemic. Besides mandatory telework, Stage 3 limits center resources, such as food service and clinics, to the minimum needed to support mission-essential personnel. Employees are directed to hold virtual meetings, and only mission-essential travel is permitted.

Marshall is the second NASA center to invoke mandatory telework in response to the pandemic. NASA’s Ames Research Center in California announced late March 8 it was restricting access to the center after one of its employees tested positive for COVID-19.

In an update March 13, the center that that mandatory telework status would remain in place until March 18. At that time, it will allow employees to return who need to be physically present at the center and cannot effectively telework, such as those who work in labs and other facilities. Other employees will be allowed to return “for short durations” to retrieve items they need to continue teleworking.

Other centers remain open, but in some cases are taking steps to limit travel and access. The Goddard Space Flight Center in Maryland announced March 13 it was encouraging employees to telework, and had cancelled all “all non-mission-essential visits” to its facilities. Goddard has also closed its visitor center as well as the one for the Wallops Flight Facility in Virginia, which is managed by Goddard.

The Kennedy Space Center Visitor Complex, which is operated for NASA by Delaware North, announced March 14 it was closing the complex to the public, effective March 16 and until further notice, “out of an abundance of extreme caution.”

Space Development Agency scouting the market for launch services
12 VCs share their thoughts on enterprise startup trends and opportunities
With BuzzFeed’s new feature, you can take a Quiz Party with friends
Google plans to stop making A.I. tools for oil and gas firms
The role of nature in the built environment, part three