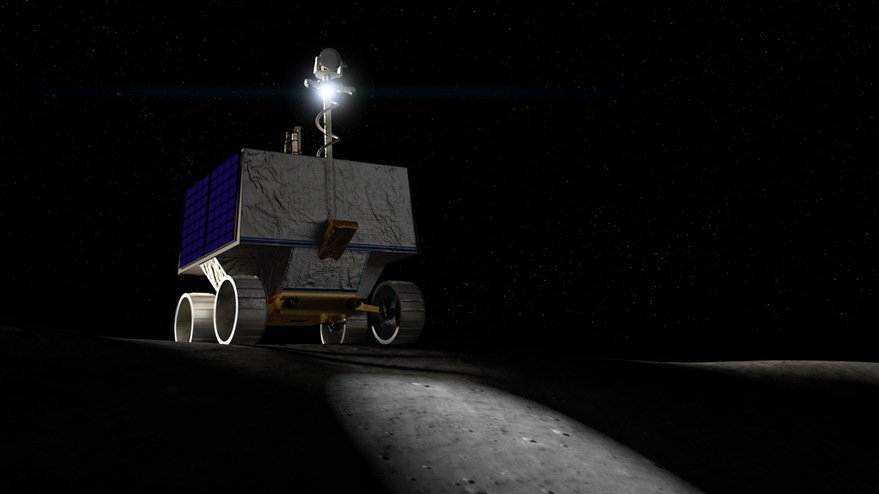 WASHINGTON — NASA is asking companies in its commercial lunar landing services program to bid on delivering a NASA rover whose launch has been slightly delayed.

NASA announced Feb. 25 it was asking the 14 companies that are part of the Commercial Lunar Payload Services (CLPS) program to bid on a task order for sending the agency’s Volatiles Investigating Polar Exploration Rover (VIPER) mission to the lunar poles.

VIPER, formally announced by NASA last October, will examine regions at either the north or south pole of the moon thought to contain deposits of water ice. Such deposits, if confirmed, could become critical resources for future human missions.

When NASA announced VIPER, the mission was scheduled to launch by December 2022. In the announcement about the CLPS task order, though, NASA said that the rover would go to the moon “by 2023.”

Thomas Zurbuchen, NASA associate administrator for science, confirmed the schedule slip in tweets Feb. 25 announcing the task order. “Moving delivery of VIPER to 2023 allows for upgrades so that the rover can conduct longer and more exciting science on the Moon,” he wrote.

Once this @NASAMoon rover lands, it will collect up to 100 days of data, travel several kilometers and survive lunar nights. Moving delivery of VIPER to 2023 allows for upgrades so that the rover can conduct longer and more exciting science on the Moon! pic.twitter.com/KxjQJXNw3t

NASA spokesperson Grey Hautaluoma told SpaceNews Feb. 25 that the changes include “lessons learned” from reviews of instruments and other rover systems, and “to enable the rover to live through the lunar night for longer mission duration for significantly improved mission value.”

VIPER, in some respects a successor to an earlier NASA lunar rover concept called Resource Prospector, is still in its early stages of development. The mission is scheduled for a preliminary design review in April, according to NASA’s fiscal year 2021 budget proposal, which requested $67.5 million for VIPER. The mission’s total cost is estimated at approximately $250 million.

The agency had been preparing to issue a task order late last year for VIPER, but then put it on hold. The agency said in early January it decided to delay the task order based on feedback from a workshop discussion the agency had with CLPS providers, citing “the complexity of the VIPER delivery.” The large size of VIPER, described by NASA as similar to a golf cart, means only a small fraction of the CLPS companies will have landers large enough to accommodate it.

NASA instead decided to issue a task order in January for a different CLPS mission that would deliver eight science payloads to the moon in 2022, similar to missions NASA awarded last year to Astrobotic and Intuitive Machines for 2021 lander missions.

However, NASA withdrew that task order after a week, without explanation. NASA reissued the task order in early February after it reviewed the requirements for the mission and “provided additional clarity in the request language to ensure that they are complete and in alignment with the Agency’s procurement strategy,” Hautaluoma said Feb. 8.