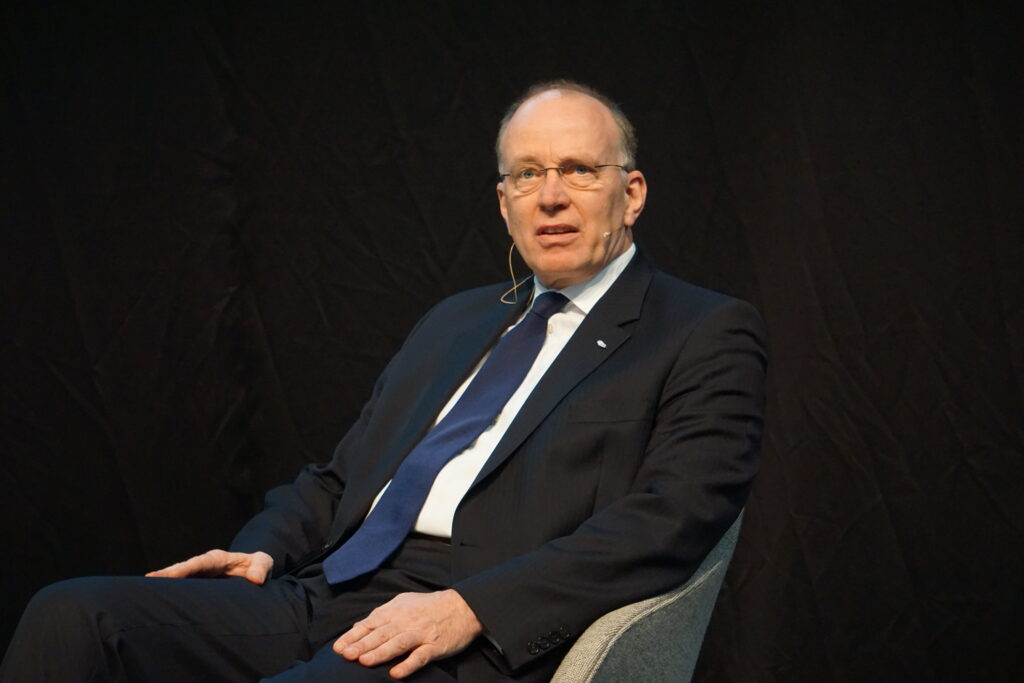 “We believe that our industry is the space industry at large,” Fuchs said Nov. 19. “We are not just satellites.”

OHB is best known for building Europe’s Galileo navigation satellites, but the company also supplies many of the structures and tanks for the Ariane 5 and upcoming Ariane 6 rockets.

This year OHB revealed plans to develop its own rocket, targeting the small satellite market around the range Rocket Lab’s Electron addresses today.

OHB hopes to have a small launcher capable of sending 200 kilograms to low Earth orbit conduct a first flight by the end of 2021, Fuchs said in an interview at Space Tech Expo Europe here. The German prime contractor established an entity called Rocket Factory Augsburg to spearhead the small launcher program.

Fuchs said OHB has not romanticized the launcher industry.

“I’m not pretending that this is a successful, risk-free adventure,” he said. “It’s early on, it might fail; we might be out of this in the next Space Tech [Expo Europe]. But it’s worthwhile.”

The challenge for space companies is to have meaningful profit margins, he said, and verticalization can help make those margins fatter.

Even so, OHB will need to develop new competencies, such as engines, since the company plans to build those systems in house. OHB currently envisions the launcher being a three-stage liquid propulsion rocket designed completely from scratch, he said.

“We are not naive about building all these things you need for a rocket, but we feel we are better positioned than many of the startups,” he said.

Building satellites from 5 kilograms to 5,000 kilograms makes OHB well suited to understand launch needs, Fuchs said. About 50 of the 3,000 people working at OHB are focused on the launcher, he said.

How much funding it will take to complete the rocket is an open question. When asked, Fuchs said OHB doesn’t have a cost estimate. But OHB is committed to self funding the rocket.

“You lose control” of creating the rocket when government funds get involved, he said.

“It doesn’t make sense. It defies the purpose,” he said.

OHB spokesman Günther Hoerbst said by email Nov. 20 that a study contract the company received from the European Space Agency in 2018 was not related to the company’s current small launcher initiative.

Fuchs declined to give a target price for OHB’s future launcher. He said the company has accepted as the “ground rules” to the market that it will be very competitive.

“The right price is always a little bit below the other guys,” he said.

OHB’s dedicated launch vehicle will be more expensive than rideshares, he said. OHB will target as customers satellite operators who want the benefits of a dedicated launch, he said, such as a more precise launch schedule and more accurate orbital insertion.

What it will take for China to rebuild global supply chain resilience after COVID-19
NASA Live: Earth Views from the Space Station
5 communications tips to market sustainability
Raymond: Space Force acquisition proposals are about ‘going fast’
Coronapod: Ramping up responses