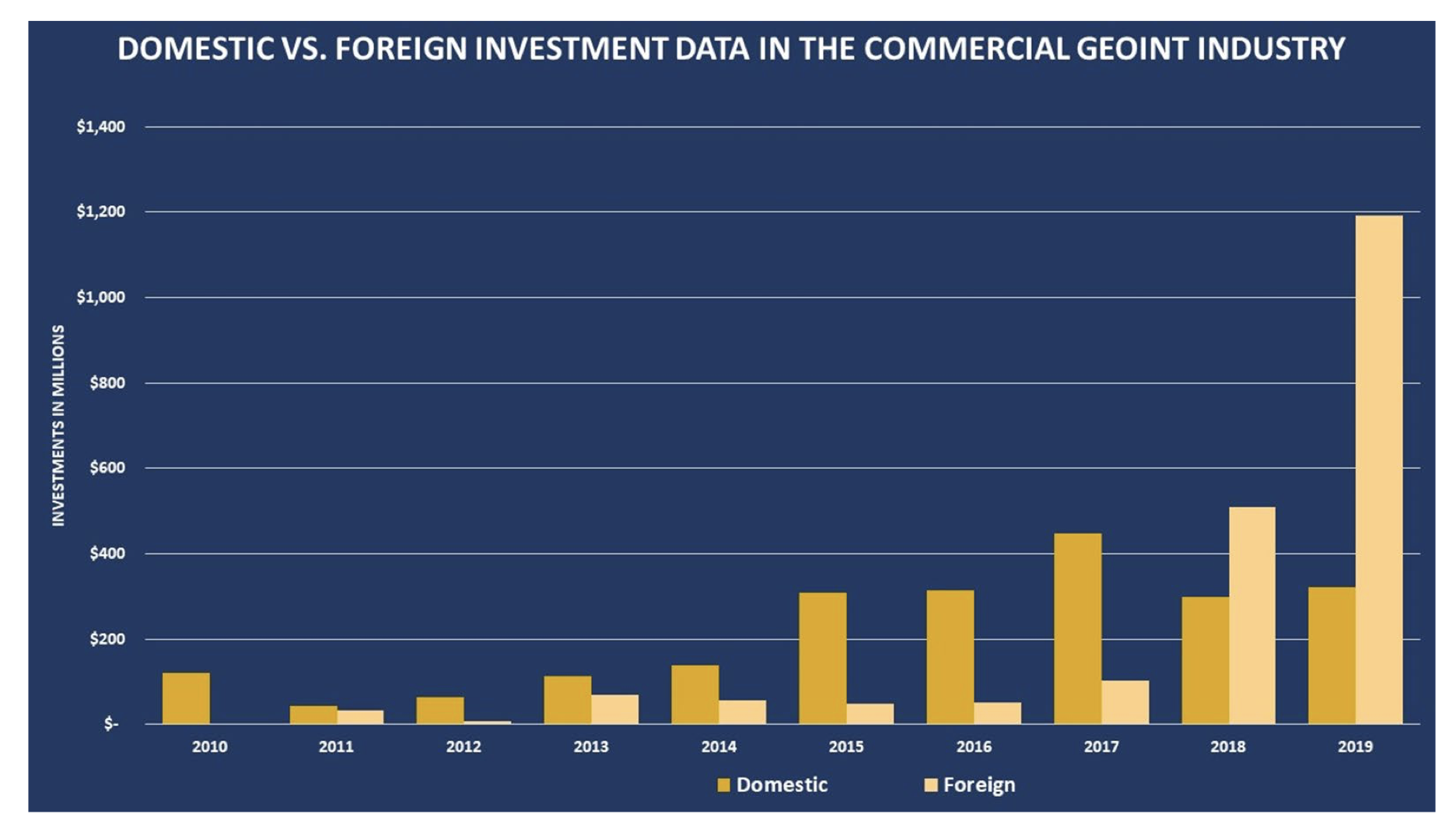 U.S. investment in commercial geoint has been relatively flat over the last five years

WASHINGTON — A new study by the MITRE Corp. says the U.S. commercial geospatial intelligence industry is being outpaced by foreign competitors and the U.S. government could do more to help.

U.S. investment in commercial geoint has been relatively flat over the last five years, while foreign investment has “increased tremendously within the last two years,” says the MITRE study written by a team of analysts.

MITRE, a nonprofit that operates federally funded research centers, did the study at the request of its Intelligence Advisory Board, a group of former U.S. military and intelligence officials.

The study contends there is a bias against commercial providers in U.S. defense and intelligence agencies “where personnel think nationally produced geoint is superior to commercial and has the least associated security issues.”

This mindset is rooted in history and “often causes the government to either disregard outright or, at a minimum, accord secondhand status to commercial geoint,” the study says.

There is also a resistance in the government to adopting commercial standards and practices, the study says. That prevents agencies from taking advantage of privately funded innovation. “The traditional geoint landscape has flipped,” says the report. “We are living in a world where the best and most advanced breakthroughs in imagery and analysis are coming from government and industry alike.”

Foreign investment is helping to strengthen foreign capabilities, in some cases outpacing those of the United States, the study says.

A cautionary tale is commercial synthetic aperture radar, or SAR, an all-weather, day-night capability that can penetrate clouds. Since 2007, according to MITRE, foreign commercial SAR has grown to 15 satellites currently on orbit and more planned in the near future, while there is only a single domestic SAR provider on orbit and only a few more in the pipeline.

The U.S. licensing policy that placed strict controls on the operation and dissemination of SAR systems and data to commercial customers is a key reason for the imbalance, the report says. Before 2015, U.S. commercial remote sensing policy limited SAR resolution to one meter, while foreign competitors provided sub-meter resolution, which allowed visibility of small objects and changes and thus broader usage.

The Department of Commerce is rewriting regulations that license the operation of private remote sensing space systems. MITRE calls this a “step in the right direction … However, it is not yet clear how the new rule will play out and what if any roadblocks or loopholes will be used to stifle the commercial market.”