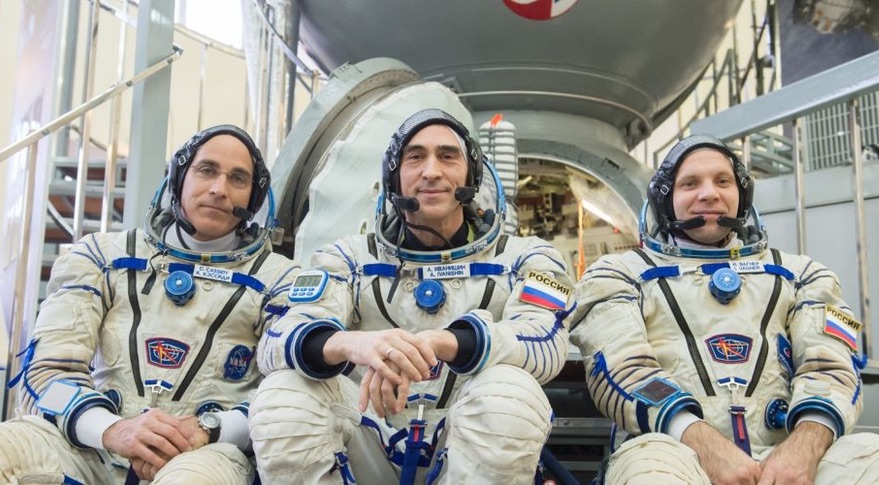 WASHINGTON — As Russian officials give their final approval for the crew of the next Soyuz mission to the International Space Station, NASA’s space station manager says the swap of Russian cosmonauts should not pose a problem for the flight.

The Russian space agency Roscosmos announced March 13 that the primary crew for the next Soyuz mission, consisting of American astronaut Chris Cassidy and Russian cosmonauts Anatoly Ivanishin and Ivan Vagner, had passed the final exams and were approved for flying the mission. They are scheduled to launch to the ISS on the Soyuz MS-16 spacecraft April 9.

Ivanishin and Vagner, though, were assigned to the mission only in February, replacing Nikolai Tikhonov and Andrei Babkin. Both Russian and American officials would only say that a medical issue led to their replacement, although Russian media reported that Tikhonov suffered an injury in training.

In an interview last week during the Next-Generation Suborbital Researchers Conference in Colorado, Kirk Shireman, ISS program manager at NASA, said he did not expect any major difficulties because of the swap. “For a while, Chris Cassidy was training with Ivanishin and Vagner, so he knows them really well,” he said. “Sometimes changing the crew a month out is disruptive, but in this case they know each other pretty well.”

A complicating factor was that Tikhonov and Babkin did additional training to prepare for extended operations of the station with only three people on board. Tikhonov had trained to spacewalk with Cassidy, with Babkin learning how to use the station’s robotic arm, should there been an urgent need for a spacewalk during their mission. Cassidy and the two Russians will likely be the only people on the station for most of their six-month mission, other than during a visit by NASA astronauts Bob Behnken and Doug Hurley on a Crew Dragon test flight no earlier than May.

Shireman said both Ivanishin and Vagner had received similar training, with Ivanishin trained for a spacewalk and Vagner for robotics. “So, we’re in good shape,” he said.

“We expect everything to go smoothly,” he added, a view he said was shared by Roscosmos. “They don’t see any concerns here.”

The coronavirus pandemic could also affect the mission. Russian officials had previously suggested the pre-flight quarantine of the crew could be started earlier than normal in response to the outbreak. Shireman confirmed that such steps were under discussion.

“We expect them to take additional measures to make sure that quarantine is a little tighter,” he said. “We’re ready to deal with that if it happens.”