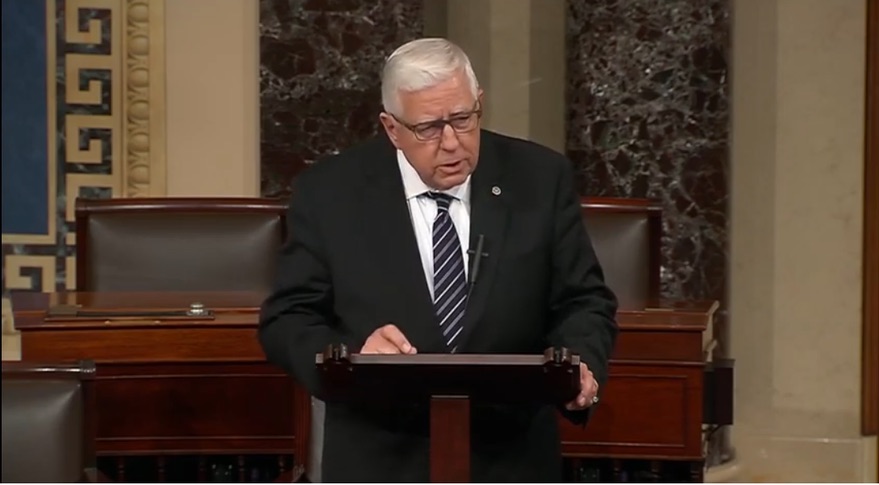 WASHINGTON — The chairman of a key Senate committee said he’s “troubled” by cost and schedule growth on major NASA programs and is asking the agency for more information on their status.

Sen. Mike Enzi (R-Wyo.), chairman of the Senate Budget Committee, said Aug. 1 he sent a two-page letter to NASA Administrator Jim Bridenstine July 30 expressing his concern about cost and schedule performance on a number of major programs, citing a report in May by the Government Accountability Office (GAO).

“I am concerned that the persistent cost growth and schedule delays identified by GAO put at risk vital NASA missions and taxpayer dollars,” he wrote, adding he was “troubled by continued reports” of cost and schedule issues with agency programs.

Enzi focused his attention on two programs in particular, the James Webb Space Telescope and Space Launch System. Technical problems with JWST identified in 2017 and 2018 forced NASA to delay the mission’s launch from October 2018 to March 2021, increasing its cost by more than $800 million. SLS has suffered years of delays, pushing back its first launch from an original target of 2017 to no earlier than late 2020.

Enzi specifically asked if JWST is still on track for a March 2021 launch. NASA officials have said in recent months the mission was on schedule, despite some outside concerns about the rate the program has consumed schedule reserves.

Regarding SLS and its first mission, formerly called Exploration Mission 1 but recently renamed Artemis 1, Enzi asked what the effects would be for Artemis 2, the first crewed SLS/Orion mission, if Artemis 1 is further delayed.

He also questioned Orion and the ground systems that will support SLS/Orion launches. “Why does NASA not have a complete cost estimate for the Orion program, one of the largest programs in its portfolio?” he asked, citing passages in a GAO report in May about the program. He sought, in addition, a “cost breakdown analysis” of the Exploration Ground Systems program.

Enzi asked Bridenstine to provide him with answers to those and other questions in the letter by Aug. 14, as well have the agency provide committee staff with quarterly briefings.

Enzi, who has not been active on space issues during his four terms in the Senate, didn’t state in the letter why he was raising questions about cost and schedule issues now, beyond his general concern about the state of programs like JWST and SLS. Enzi’s committee sets overall budget guidance, but is not responsible for crafting spending bills, which are handled by the Senate Appropriations Committee.

Enzi announced the letter the same day that the Senate approved a two-year budget deal that lifts spending caps and avoids automatic across-the-board spending cuts, known as sequestration, for fiscal years 2020 and 2021. The House passed the bill July 25, and President Trump signed it into law Aug. 2.

The bill increases overall non-defense discretionary funding, which includes NASA, in 2020 by 4.5% from 2019. However, while the House has passed its appropriations bills, including one that provides $22.3 billion for NASA but does not include the $1.6 billion budget amendment the administration sought for its Artemis lunar program, the Senate has yet to start work on its appropriations bills.

With the budget deal now enacted, work on spending bills is expected to ramp up during the summer recess, which runs through Labor Day. The Senate will need to pass its spending bills and then reconcile them with the House bills, a process unlikely to be complete before the 2020 fiscal year starts Oct. 1. This will mean that much, if not all, of the federal government will start the year on a continuing resolution that funds programs at 2019 levels and prevents the start of new programs.