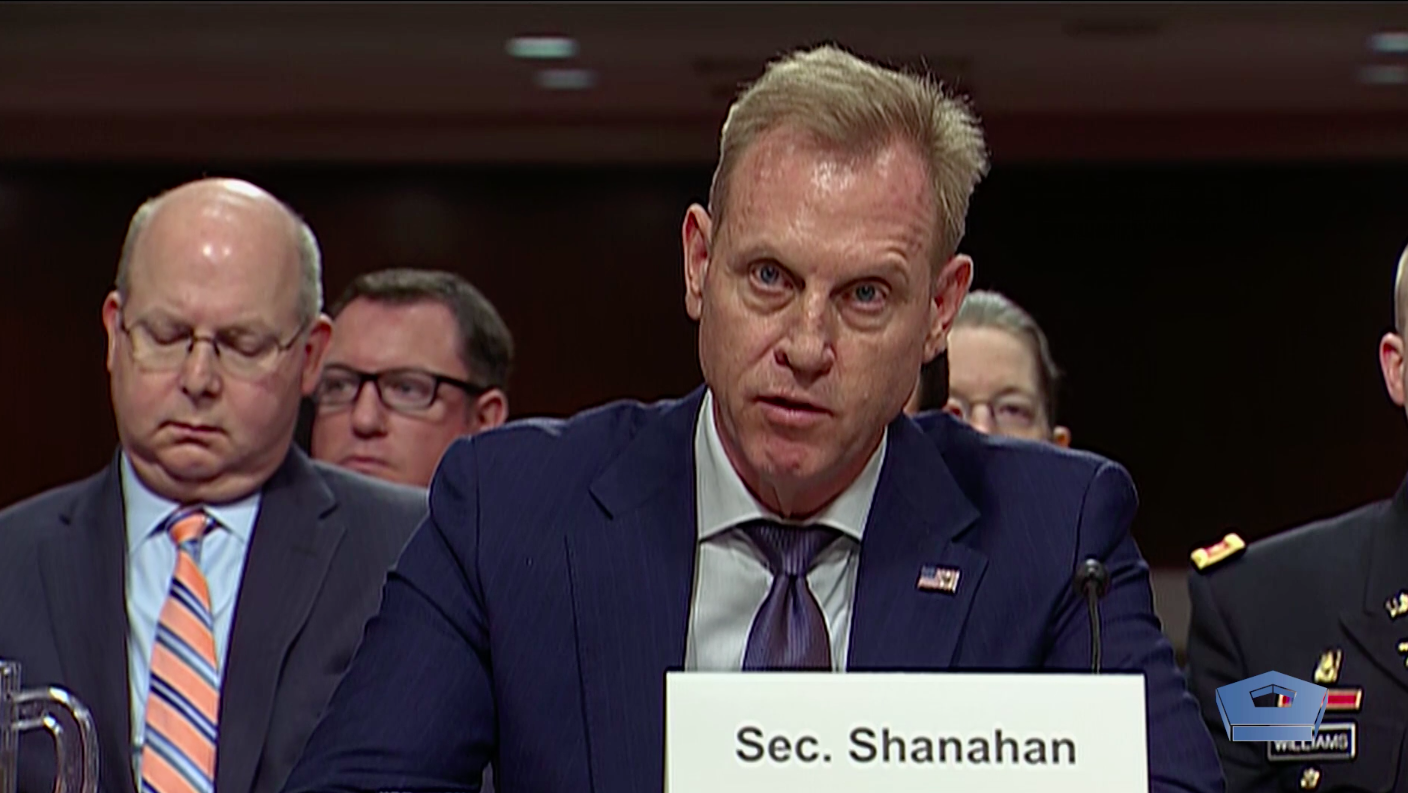 Shanahan mentioned space, hypersonic weapons and cyber warfare as three key areas that are getting more attention and resources.

WASHINGTON — Acting Defense Secretary Patrick Shanahan on Thursday was grilled by members of the Senate Armed Services Committee during a hearing on the Pentagon’s budget request for fiscal year 2020.

Alongside Gen. Joseph Dunford, chairman of the Joint Chiefs of Staff, and Deputy Defense Secretary David Norquist, Shanahan defended the Trump’s administration’s $750 billion funding request for national defense and controversial moves by the White House to include $174 billion of the request in the war fund known as Overseas Contingency Operations, or OCO, and to use military construction funds to pay for a border wall along the U.S.-Mexico border.

During several exchanges with lawmakers, Shanahan also brought up the administration’s proposal to create a Space Force and listed space as one area that is getting more attention and resources.

“I would highlight in this year’s budget three major structural changes. The first is space,” said Shanahan. “Space Force itself is intended to accelerate dramatically our capabilities to defend.” The other two areas are hypersonic weapons and cyber warfare.

In budget documents the Pentagon released on Tuesday, DoD said it is requesting $14.1 billion for space, $2.6 billion for hypersonic weapons technology and $9.6 billion for cyber.

The cost of the Space Force remains a concern for many lawmakers. “Clearly space is a realm that we’re competing in, clearly we need to probably ramp up some of our capabilities,” said Sen. Kevin Cramer (R-S.D.). But then he asked Shanahan whether DoD can afford a new military service with all the additional bureaucracy that goes with it.

Shanahan said he’s had many conversations with members of Congress and understands that they worry the Space Force will bring more bureaucracy to DoD. Because this is a new service to be built from the bottom up, “I think it’s an opportunity to build it correctly,” he said. “The biggest effort needs to be at retiring the risk. We’re too vulnerable. … I think at the end of the day, what we hear quite a bit is this is change, versus the status quo. This is a fundamental structural change, but in that structural change we’ll get after reducing our vulnerability.”

The Space Force will be a “very small service when you think about 15,000 to 18,000 people,” said Shanahan. But the key benefit of the Space Force is that space will be consolidated. “The Army is going to undertake a brand new modernization program. How do we combine that with work going on in the Air Force with what’s going on in the Navy and then integrate that into all the combatant commands? This is really about doing it at a DoD level. And these are like once in a generation opportunities.”

In response to a question from Sen. Marsha Blackburn (R-Tenn.) about why a Space Force is needed, Shanahan said the nation’s $19 trillion economy is dependent on space assets and “our military is carrying too much risk given the vulnerability we have in space now that space is a contested domain.”

The Space force, he said, “represents a chance to accelerate our ability to respond to that threat environment.” Satellites on orbit today “were never designed to be resilient and deal with the threats that exist today. … We need to design new capability and put it up on orbit as quickly as possible.”

Shanahan said a newly created Space Development Agency will be in charge of bringing those new capabilities. “This really gets at cutting the red tape to do development, tapping into commercial space technology, save cost, save time.” A U.S. Space Command will be created as well “so that we have dedicated focus, provide the rules of engagement, authorities, and the tools to defend our assets.”

The news on Wednesday that Shanahan had officially established the Space Development Agency surprised many, even inside the Pentagon. The decision has not been well received by organizations in the Air Force that currently develop space systems such as the Air Force Space and Missile Systems Center in Los Angeles, and the Air Force Space Rapid Capabilities Office, based at Kirtland Air Force, New Mexico.

Not surprisingly, Sen. Martin Heinrich (D-N.M.) challenged Shanahan to explain how the Space Development Agency will not duplicate what others are already doing. “I very much agree that our competitors are rapidly fielding new capabilities in the space domain and that we need to move with a greater sense of urgency,” said Heinrich. “I welcome the increased prioritization the department has put on this area. … One thing I want to make sure we’re not doing is re-organizing the existing pieces or reinventing the wheel.”

Heinrich mentioned the Space RCO, the Air Force Research Laboratory’s Space Vehicles Directorate and Advanced Systems Directorate “and many others all play a critical role in researching developing and fielding our nation’s spaces systems,” Heinrich added. “So I would just urge you …to fully utilize the existing R&D assets as you stand up SDA so that we’re not losing a few years of reorganization to make the whole system work better.”

Shanahan pushed back. “When I think of the Space Development Agency what I don’t want it to be is a reorganization. The number one element of the Space Development Agency that we need to take advantage of is large-scale systems engineering. How do we put together a national team so that we can do this at scale,” Shanahan said. “There is incredible technology in the Air Force. We don’t lack talent, that is not our issue. We don’t lack for money. The architecture that is required to be able to do this quickly so that we don’t have to do it three or four times, is really the problem we have to get after.”