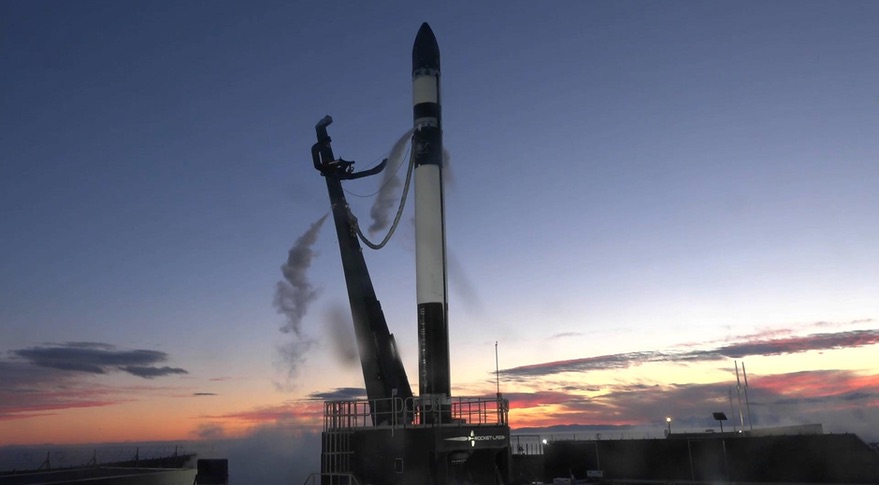 WASHINGTON — As Rocket Lab prepares the next launch of its Electron rocket, it and other small launch vehicle developers say the U.S. government can be a better, and smarter, customer for their services.

A Rocket Lab Electron is scheduled to lift off from the company’s launch site on New Zealand’s Mahia Peninsula during a two-hour window that opens at 12:30 a.m. Eastern June 27. The mission, dubbed “Make It Rain,” is a dedicated rideshare mission for Spaceflight Industries carrying several small satellites, including BlackSky’s Global-3 imaging satellite, with a total payload mass of 80 kilograms.

Despite the success in winning business from U.S. government customers, the company says it’s much easier dealing with commercial customers for its launches. Those customers often email the company asking if they can accommodate a particular satellite, said Lars Hoffman, senior vice president of global launch services at Rocket Lab, during a June 6 panel discussion at the National Space Society’s International Space Development Conference.

The company can then provide a quote to that customer within days, he said. “We can be on contract within a matter of a week or two weeks.”

If a government customer seeks a similar launch, though, the contracting process takes longer. “It can take months, and that’s on a streamlined” or rapid acquisition approach, he said. That can stretch out to more than a year for a more traditional acquisition.

He and other small launch vehicle developers on the panel argued that the government adds cost and complexity to procuring low-cost launches through mission assurance processes developed for far larger, and more expensive, launches.

“The thing that the government hasn’t quite realized yet is that we’re operating in a very competitive environment. The global marketplace is incredibly competitive. We can’t fail. If we fail, our business fails,” Hoffman said, motivating companies to provide their own mission assurance. “We don’t treat government customers any differently. They treat themselves differently by adding all this on top.”

One approach, he suggested, would be to add small launch services to General Services Administration (GSA) schedules, allowing government agencies to order launches through them rather than going through typical procurements. “It really doesn’t have to be any more complicated than that.”

Greg Orndorff, vice president of government sales for Vector, advocated for a similar approach. “I believe that Vector in the future will be able to sell launch services via the GSA schedule,” he said. “The U.S. government will have to really downplay the mission assurance that heretofore it always desired and paid for.”

That argument, he said, is based on the argument that companies like Vector will perform launches frequently. “Once you build a hundred rockets a year, launching them, there’s no need for the U.S. government, and the taxpayer, to pay for mission assurance.”

“Mission assurance has been a one-size-fits-all approach for a long time,” said Josh Brost, vice president of government business development for Relativity. Instead, he said it should be based on the risk a mission can accept. “If you’re launching a $10 million demo payload on a $10 million rocket, it should not have the same level of mission assurance if you’re launching a $1 billion satellite on a $100 million rocket.”

That mission assurance work can improve the probability of success, noted Les Kovacs, vice president of business development for Firefly Aerospace. He cited a “deep dive” study of launches going back to the 1950s that found that government oversight increased the changes of mission success by 3.2 percent. “The extra pair of eyes actually served a very good purpose,” he said.

But that extra oversight, he said, can increase launch costs by a minimum of 25 to 30 percent. “The question becomes, how important is that to you?” he asked. “To the government, it apparently matters.”

For now, the government still wants mission assurance services for small launches. “It is one of those things that’s stifling the industry when you’ve got so many people looking over your shoulder,” he said.