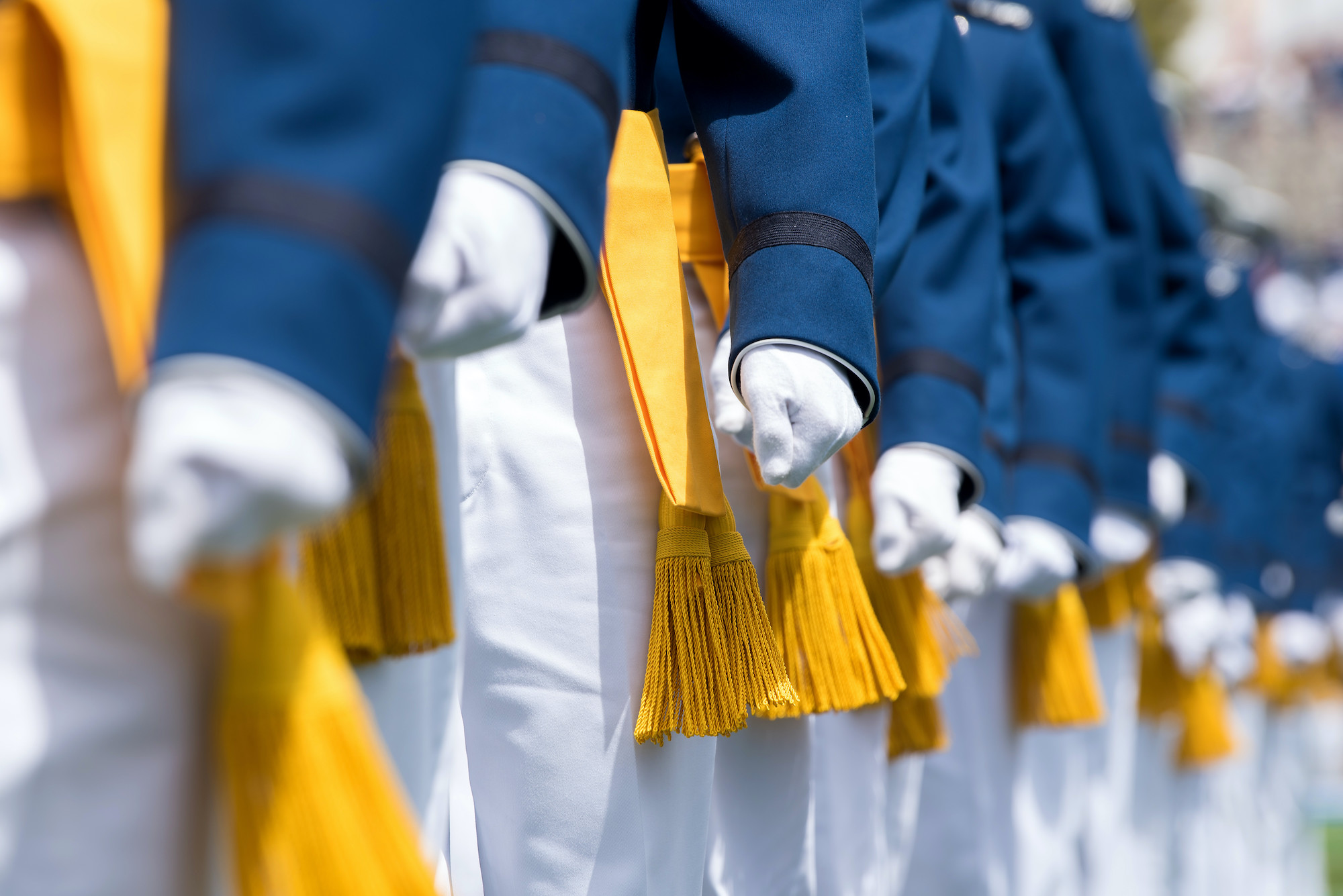 The U.S. Space Force will commission 60 lieutenants graduating from the Air Force Academy.

WASHINGTON — The U.S. Air Force Academy class of 2020 will graduate on April 18 — six weeks ahead of schedule and without spectators due to the coronavirus pandemic.

Of the class of about 1,000 cadets who will be commissioned as lieutenants, 60 will join the U.S. Space Force.

“There are now only two people in the Space Force. When we graduate we’ll be 62,” Cadet Coen Williams said on a podcast posted April 6 by the Space Force Association, an advocacy group created to promote the mission of the U.S. Space Force.

Chief of Space Operations Gen. John Raymond and senior enlisted leader Chief Master Sgt. Roger Towberman are the only two officials who so far have been formally sworn into the Space Force. A spokeswoman for the U.S. Air Force Academy said the details of Air Force and Space Force commissioning ceremonies have not yet been decided.

Of late, media attention has turned to what the members of the Space Force will be called and what uniforms they’ll wear. Williams, an engineering major with a deep interest in space, said the names and outfits are topics of lunchtime gossip at the academy. But space operators care more about the substance of the work, he said on the podcast, hosted by Bill “Hippie” Woolf, founder and president of the Space Force Association.

“Cadets are looking in anticipation of what the Space Force will actually be doing,” said Williams. “I’m less worried about what I’m going to be called and what uniform I’ll wear,” he said, although “clearly, the cooler the better.”

“Space minded cadets are extremely excited about the possibilities … about being part of a new and relatively unknown system where we can actually make a real impact,” said Williams.

He said cadets also are concerned that many details about the organization and missions of the Space Force have been slow to trickle down.

Woolf, a retired Air Force colonel who launched the Space Force Association with an all-volunteer staff shortly after the service was created on Dec. 20, said there is a growing appetite for information about the Space Force not just among young officers but also more broadly in the space community.

At the Air Force Academy, Williams and classmate Eric Van Hegewald started a space-focused student club that morphed into the Institute for Applied Space Policy and Strategy, a program that has been endorsed by senior leaders.

Van Hegewald, also an engineering major, will be commissioned into the Air Force and is headed to the Euro-NATO Joint Jet Pilot Training program.

“We have tremendous amount of hope for the future of the Space Force,” Van Hegewald said on the podcast.

“I’m excited for all the space operators out there,” he said.

One of the challenges for the new service is to shape the culture and raise awareness of the role of space in military operations, Van Hegewald said. He noted that there is still confusion about what exactly the Space Force is and does.

“Space is important, it’s what powers my plane to an extent,” said Van Hegewald.

One of the frustrating realities of space operations is they are hard to visualize, Williams said. At the Air Force Academy and other military organizations, space courses are mostly academic lectures without visualizations of what’s in outer space, he said.

Williams and Van Hegewald have invited companies from the virtual reality and augmented reality industry to talk at their space club meetings about how these technologies are being used to visualize space operations.

Having a capability to do “strategic simulations” is important for space operators trying to prepare for what might come in the next 10 to 20 years, said Williams. “We have to start laying a foundation,” he said. One of the scenarios, for example, is the possibility that the military will be on the moon. “That’s extremely likely to happen in our careers,” he said. “We have to think about these issues.”

Van Hegewald said the maritime security model — the idea that the U.S. Navy helps secure freedom of navigation in critical chokepoints of the globe — is helpful to envision the future role for the Space Force. “Freedom from threats is a broad way to define space superiority,” he said.

“Space is a different way of thinking and different way of fighting,” said Williams. “Operators have to visualize and understand. You don’t see what your enemy is doing on the radar scanner, “said Williams. Technologies like machine learning help anticipate trends over time, he said. “It’s going to b a weird way of thinking for operators that came from traditional career fields. It’s going to be a challenge for a lot of people.”