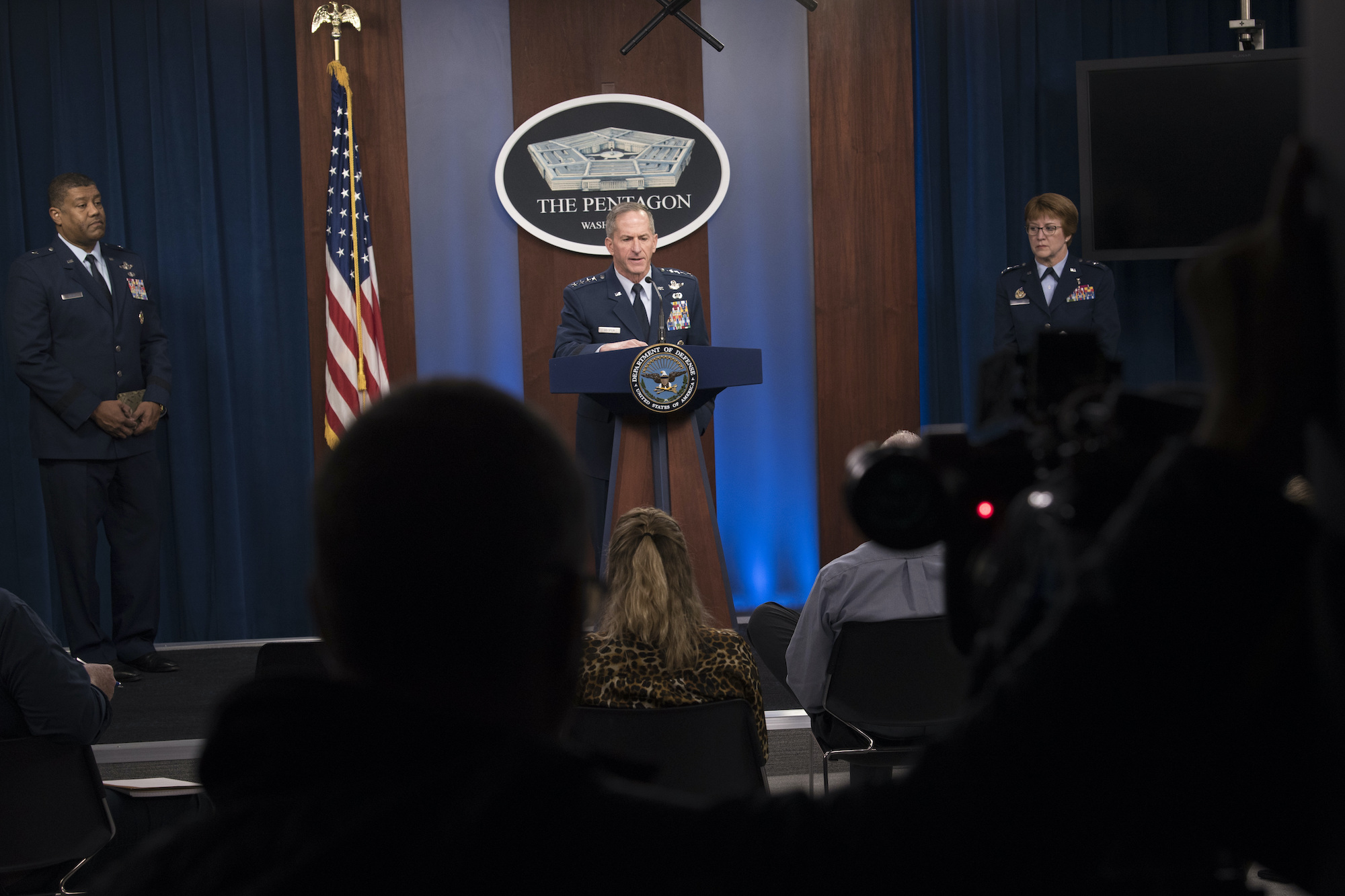 The U.S. Space Force continues to carry out key duties such as supporting space launches and monitoring potential threats in outer space.

WASHINGTON — The coronavirus pandemic has crippled many activities across the U.S. military but essential duties are being performed, officials said.

The U.S. Space Force continues to carry out key duties such as supporting space launches and monitoring potential threats in outer space, service spokesman Maj. Will Russell said March 18 in a statement to SpaceNews.

“The DoD’s priorities are the protection of service members, their families and the department’s civilian workforce; safeguarding and maintaining our ability to defend the nation and its interests; and supporting our U.S. government partners in this fight,” Russell said. “At this time, there are no impacts to U.S. Space Force mission-essential activities due to COVID-19 concerns.”

ULA CEO Tory Bruno on March 17 was asked on Twitter if launches should be suspended because of COVID-19.

“No,” Bruno tweeted. “We have a critical role to support both National Security and rare exploration opportunities. Instead, we are taking steps to protect our people and slow the spread of the virus.”

The chief of staff of the U.S. Air Force Gen. David Goldfein told reporters on March 18 that the service is “still conducting global missions around the globe, which is priority one. We’ve got fighters, bombers, maintainers deployed, working to keep America safe and we’re still flying global mobility missions and conducting global space operations.”

The Air Force is carrying on operations at Aviano Air Base in Italy, one of the world’s epicenters of the coronavirus outbreak. “Aviano Air Base has still got to fly,” said Goldfein. They can’t fly unless they have parts. They’ve got to have continual supply, and so we’ve got to keep this global mobility mission running.”

“I do want to assure the American people that the United States military remains ready and capable of defending the country and our interests abroad,” Esper said.

DoD will make available up to 5 million N-95 respirator masks and other personal protective equipment from its strategic reserves to the Department of Health and Human Services, said Esper. The first one million masks will be available immediately.

President Trump announced on Wednesday he will invoke the Defense Production Act to rev up domestic manufacturing capacity for pandemic safety equipment such as ventilators, respirators and personal protective gear.

The DPA was first passed in 1950 to authorize the president to undertake actions to boost domestic manufacturing of goods in extraordinary circumstances. It requires businesses to prioritize contracts necessary for national defense, and Congress extended that authority in 2009 to include domestic preparedness and national emergency response efforts.

IKEA, Nordstrom, Walgreens on the many opportunities for circularity in retail
Daily briefing: A radical proposal to infect healthy people with the coronavirus to test vaccines
This Week in Apps: Apple launches a COVID-19 app, the outbreak’s impact on social and video apps and more
Why a landmark treaty to stop ocean biopiracy could stymie research
How Do They Make Baklava?