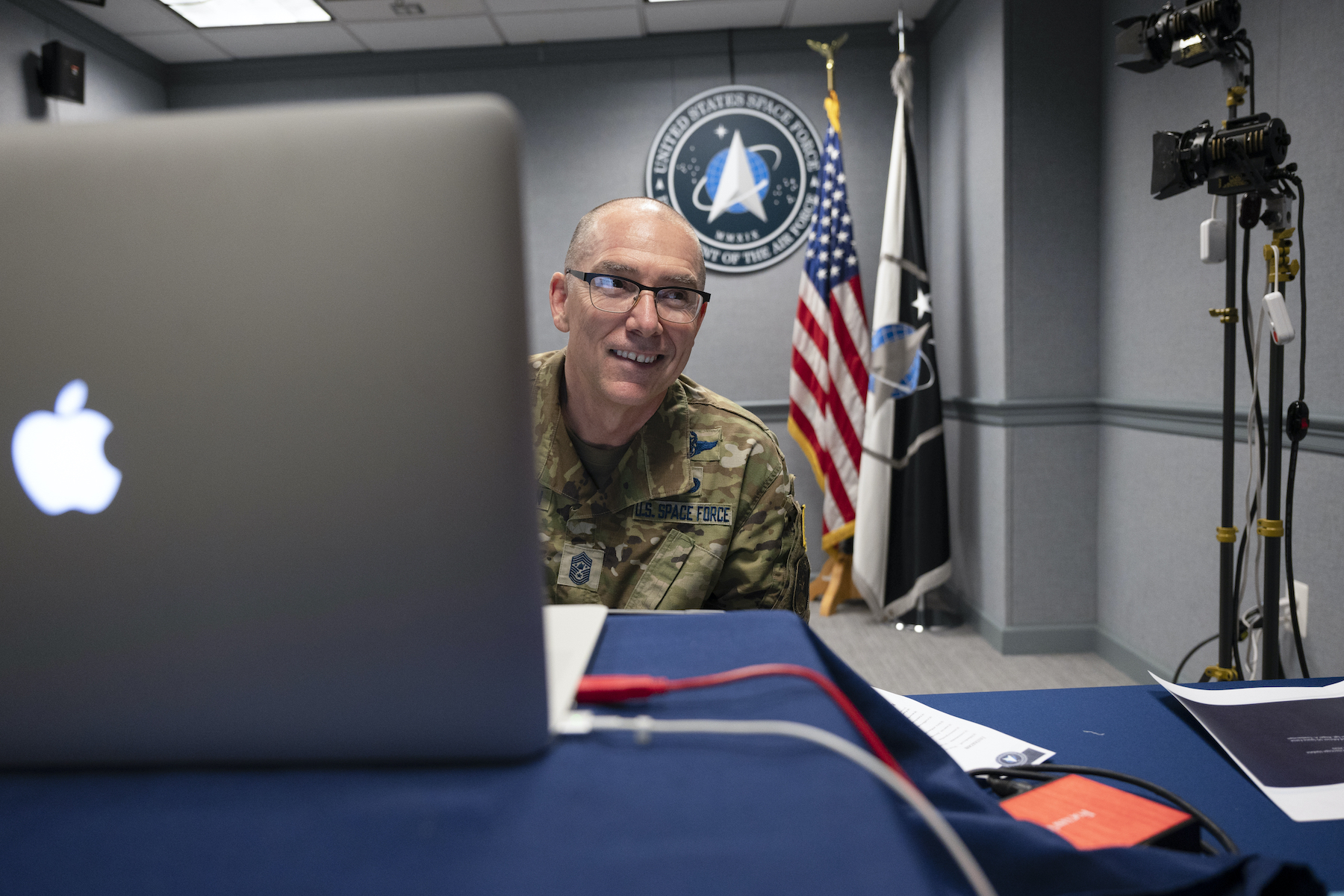 Legislation passed by the House requires the Space Force to use the Navy’s rank structure.

WASHINGTON — Legislation passed by the House of Representatives requiring the U.S. Space Force to use the Navy’s rank structure has thrown an unexpected twist into the space service’s plans to develop its own ranks and insignia.

The use of Navy ranks was proposed by former Navy SEAL Rep. Dan Crenshaw (R-Texas) who introduced an amendment adopted in the House version of the 2021 National Defense Authorization Act. The Senate version of the bill does not have that provision. Both chambers will negotiate a final version of the NDAA in a conference this fall.

Space Force members come from the Air Force so the idea that they could be using Navy ranks caught many by surprise.

During a Facebook Live event last week, Chief Master Sgt. Roger Towberman, the senior enlisted advisor of the Space Force, said the space service will continue to use the Air Force rank structure until this issue is resolved in the legislative process.

Asked to comment on the Crenshaw amendment, Towberman said: “If and when it becomes law, we’re ready to execute. Right now, we kind of sit back, we wait on it and let the process play out.”

If Navy ranks were adopted, Space Force officers would be ensigns, lieutenants, commanders, captains and admirals. Enlisted personnel would be petty officers and warrant officers.

Towberman gave no hint of whether he would support using Navy ranks. He said Congress has a right to weigh in.

He said the Space Force should welcome these legislative proposals because they show that lawmakers “care about what’s going on.” The legislative process “slows us down sometimes on some things, but that kind of attention is something we should be happy about,” said Towberman. “The alternative is they’re ignoring us and that’s never a good thing.”

Space National Guard — No decisions have been made yet on whether there will be a Space National Guard. “We were asked to look at all the total force constructs. We have done much of that work,” said Towberman. “And now we’ve got to kind of sit back, let everyone have the conversations … If you are a guardsman, if you are reservist today, rest assured that there’s going to be some sort of opportunity in the future.”

What will Space Force members be called? — It’s a question Towberman gets asked constantly and he wishes didn’t get as much attention. “I know everybody wants to know … But I know that in the grand scheme of things I’m not sure it’s the most important thing so I’d ask you to be patient.” Then he quipped: “What’s wrong with being a space professional? Maybe we should just stick with space professionals. Whether we go with space dogs or space monsters or widgeteers, it’s going to be something really, really good.”

Actin mixes up mitochondria for inheritance
Colonial Pipeline paid $5 million ransom to hackers
Former coal mines in Britain are being tested to see if they can become a geothermal energy plant
How Scientists Used The Last ‘Blood Moon’ To Measure The Moon, Watch A Meteorite Strike And See Earth As An ‘Alien Planet’
Inmarsat heading to administrative court over Dutch 3.5 GHz auction