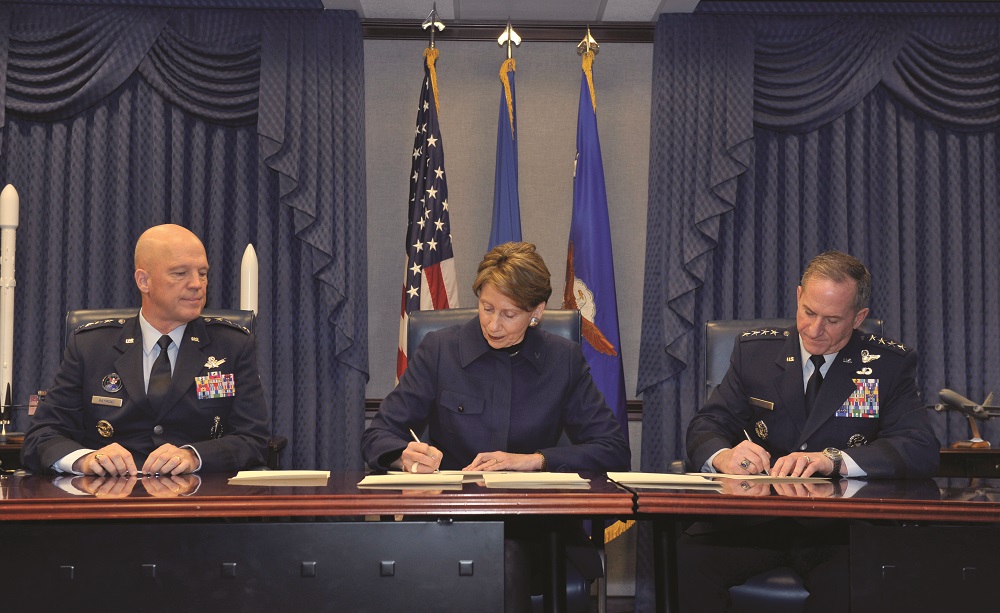 WASHINGTON — A report due to Congress on March 31 recommending changes to the acquisition process and organization for Space Force programs has been completed but is awaiting final reviews by senior leaders before it goes to Capitol Hill.

Shawn Barnes, a member of the senior executive service with the assistant secretary of the Air Force for space acquisition and integration, said in a statement to SpaceNews on March 31 that Air Force Secretary Barbara Barrett is in the final stages of reviewing the report and is expected to sign the document this week before it goes to the office of the Secretary of Defense and the White House for final approval.

Barnes said he could not discuss the specific recommendations. In a March 18 interview, he said the report proposes changes in how requirements for future systems are defined and approved, and how those systems are funded. He said the report will recommend ways to simplify the acquisition process and to eliminate layers of bureaucracy.

The commander of the Space and Missile Systems Center Lt. Gen. John Thompson told SpaceNews last week that the acquisition recommendations are in line with the idea that space procurement programs have to be leaner and more agile.

“I think it’s a bold report,” said Thompson. “I think many people across the defense industrial base and stakeholders will be very happy with this report.”