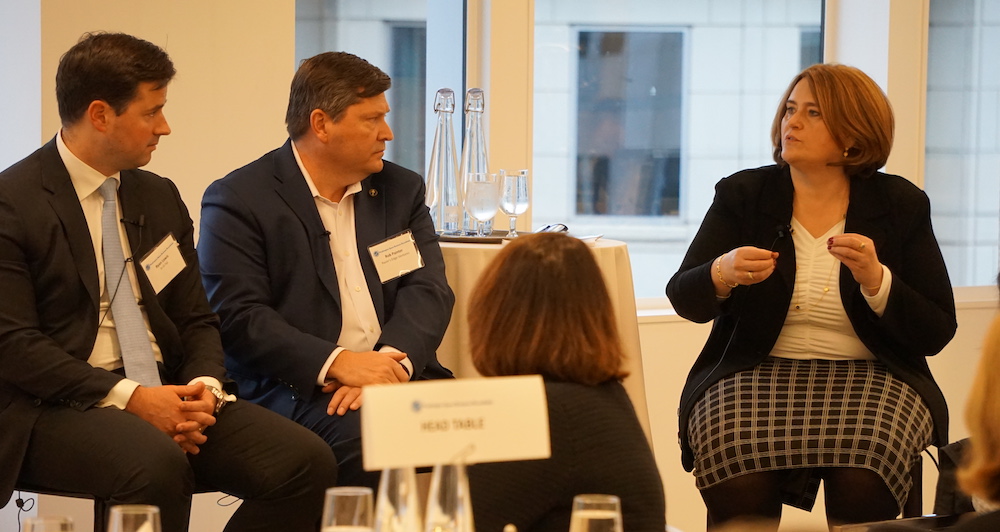 WASHINGTON — Space startups are becoming more acquainted with the U.S. government as a customer and an investor, though the pathways to both remain difficult, a panel of experts said Jan. 14.

“2019 was the year of government,” Carissa Christensen, CEO of analyst firm Bryce Space & Technology, said at a Washington Space Business Roundtable event here. “We saw many firms overtly or less overtly turn towards government as a potential customer.”

Christensen said there are several reasons for the stronger interest in U.S. government contracts among startups. The creation of the Space Force and an increase in study contracts from the National Reconnaissance Office and other agencies is making government business more interesting to startups, she said. Some startups could also be facing slow development of their target commercial market, she said.

“To me, the government as a customer is pretty important and an increasingly critical element of the potential success of venture-funded space startups,” Christensen said.

Ryan Lewis, senior vice president at In Q-Tel, said that over the past five to six years the U.S. government has started to move beyond “exploratory” contracts with startups. But traditional government contracts remain cumbersome for startups, he said.

“It’s nontrivial for a startup to either launch that campaign themselves or figure out the right teaming arrangement, especially if you’re new to the sector,” Lewis said.

In-Q-Tel is an Arlington, Virginia-based not-for-profit venture capital firm chartered by the Central Intelligence Agency to invest in technologies of value to U.S. intelligence and national security agencies. Lewis said In-Q-Tel is increasingly getting queries from startups about how to team with established prime contractors that can help them bid on government contracts.

“I’ve been at [In-Q-Tel] a little over six years and that was not something that was a very frequent topic of conversation when I started,” he said.

Matt O’Connell, a managing partner at Seraphim Capital and the former CEO of satellite remote-sensing company GeoEye, said prime contractors in Europe have shown more willingness to invest in startups than their U.S. counterparts.

“American strategics haven’t been as quick to get into this,” he said. O’Connell said he was glad to see Lockheed Martin, which has invested in launch startups Rocket Lab and ABL Space Systems through its Lockheed Martin Ventures fund, making space investments.

Boeing, through its HorizonsX fund, has also made several space investments, including Bridgecomm, Isotropic Systems and Accion Systems.

London-based Seraphim Capital, which manages over $100 million in capital, counts European contractors Airbus, Teledyne, and Telespazio among its backers.

“The fundamental question is about all these emerging players in the market: how does the government embrace, adopt and engage them,” said Rob Painter, managing director of Razor’s Edge Ventures, a firm that invests in companies focused on both the commercial and national security markets. “Certainly, from a syndication standpoint, those of us that invest, we look for that.”

“If you’ve got an early stage company that has a robust commercial side, you are going to run afoul of those rules, almost certainly,” she said.