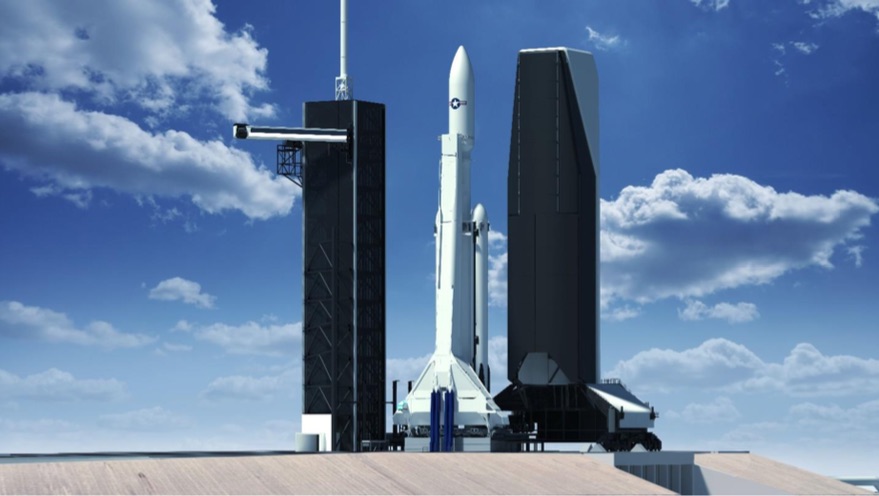 WASHINGTON — SpaceX is proposing a significant increase in launch activity in Florida over the next few years, including missions to polar orbits and those that will require the use of a new vertical payload integration tower.

The Federal Aviation Administration’s Office of Commercial Space Transportation published a draft environmental assessment Feb. 27 regarding SpaceX launch activities from both Launch Complex 39A at the Kennedy Space Center and Space Launch Complex 40 at neighboring Cape Canaveral Air Force Station. The assessment, the FAA said, will be used in new or modified commercial launch licenses for Falcon 9 and Falcon Heavy vehicles from those sites.

One reason for the assessment, the report states, is “SpaceX’s launch manifest includes more annual Falcon launches and Dragon reentries than were considered in previous [environmental] analyses.” SpaceX performed 11 launches from LC-39A and SLC-40 in 2019 and 15 in 2018, the most any one year to date.

The report doesn’t discuss the missions that will account for that surge in activity, beyond a mix of NASA, national security and commercial missions. Deployment or replenishment of the company’s Starlink satellite constellation is likely a major driver in the launch rate. The report elsewhere projects 10 Dragon spacecraft reentries per year starting in 2022, which would mean an identical number of launches of such spacecraft on Falcon 9 rockets, carrying both cargo and people.

One change is the addition of launches to polar orbits, such as sun-synchronous orbit, from Florida. Those launches have traditionally taken place from Vandenberg Air Force Base in California, where rockets can launch on southerly trajectories over the open ocean. Florida has instead been used for low- and mid-inclination launches, ranging from geostationary transfer orbit to the International Space Station.

However, the report states that SpaceX anticipates that “approximately ten percent” of future launches from Florida will use a new southern trajectory intended for polar orbiting missions. That trajectory would run parallel to part of the Florida coast south of Cape Canaveral, a few dozen kilometers offshore, before heading into the Caribbean. Falcon 9 first stages on such missions would land either back at Cape Canaveral or on a droneship positioned southwest of the Bahamas and north of Cuba.

The new trajectory does raise some issues regarding sonic booms along the Florida coast. A March 2019 report by Blue Ridge Research and Consulting, included as an appendix to the environmental assessment, said that cities along the coast including Vero Beach, Fort Pierce and Port Saint Lucie could hear sonic booms roughly comparable to thunder and unlikely to cause damage.

However, the report said a “narrow focus boom region” of less than eight square kilometers could form north of Vero Beach where the overpressure from the sonic boom would exceed two pounds per square foot, including an area of about 0.025 square kilometers with a peak overpressure of 4.6 pounds per square foot. That would create a “low probability of structure damage (to glass, plaster, roofs, and ceilings) for well-maintained structures,” the report notes, adding that the specific location of the peak overpressure would depend on the flight trajectory and atmospheric conditions.

The first use of that polar trajectory is expected in about a month, when a Falcon 9 launches Argentina’s SAOCOM 1B radar imaging satellite from SLC-40 on March 30. Another Falcon 9 launched the SAOCOM 1A satellite into polar orbit from Vandenberg Air Force Base in October 2018.

The environmental assessment also provided new details about a mobile service tower (MST) that SpaceX proposes to build at LC-39A. The MST would provide “vertical integration capabilities” there for payloads, principally for national security missions. SpaceX executives previously said they were planning such a structure to be eligible for future national security payloads that require vertical integration rather than the horizontal integration SpaceX performs for other payloads, but offered few specifics about it.

The 11-floor tower would be 86.5 meters tall and 36 meters wide. It would move on rails from an “integration position” surrounding the launch vehicle on the pad to a “launch position” nearly 40 meters away. The report doesn’t state when SpaceX expects to begin construction of the MST or when it would be completed.

The environmental assessment covers only Falcon 9 and Falcon Heavy launch activity, and does not examine plans for SpaceX’s next-generation launch system, Starship/Super Heavy. The report does reference an earlier study on changes to LC-39A to support Starship launches there, published in August, and notes that as those new vehicles reach a planned flight rate of up to 24 launches a year, “the number of Falcon launches would decrease.”

The Catalytic Coalition: Eliminating the Worst Greenhouse Gases Ever Made
Tesla hikes solar roof price on contracts signed over a year ago
Organic Valley loans dairy farmers funds for renewable energy
NASA delays starting contract with SpaceX for Gateway cargo services
Coinbase indicated to open on Nasdaq at about $360 per share, up from $250 reference price