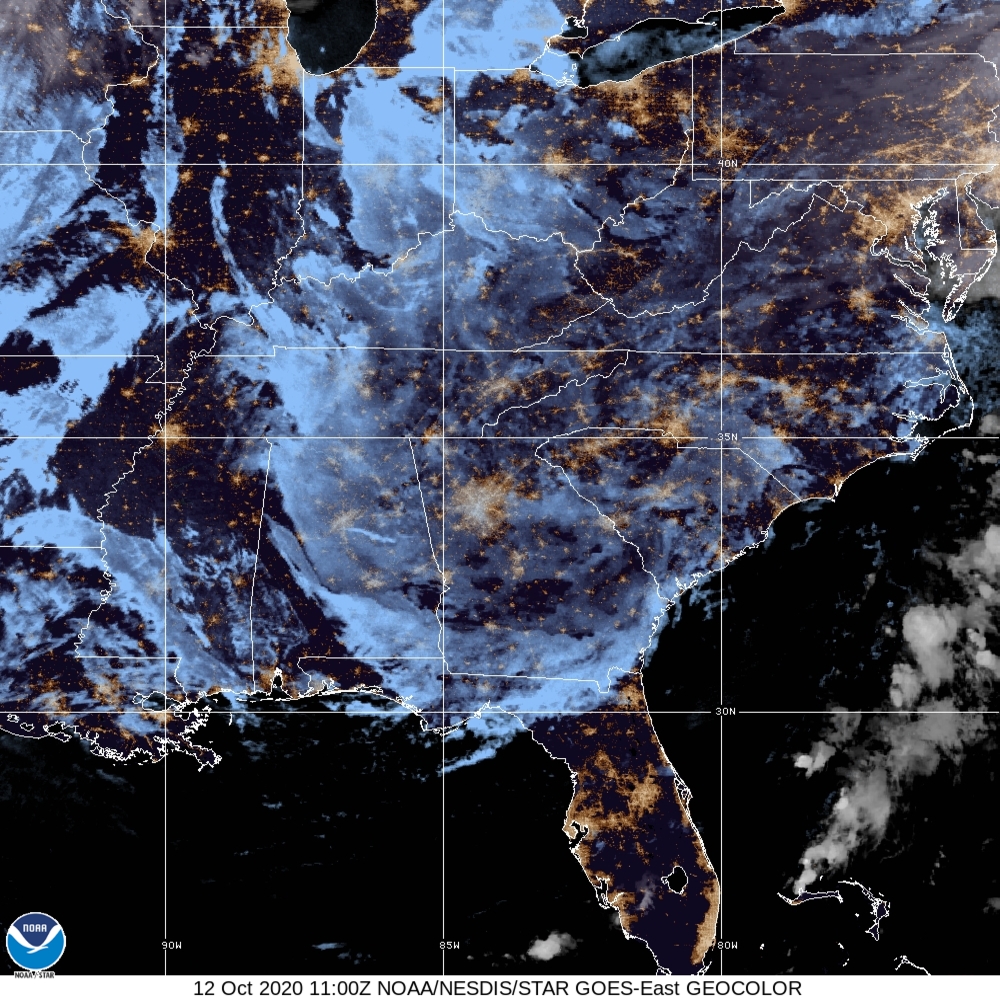 The $2 million contract is to “assess the feasibility and long term viability of a ‘weather data as a service business model.”

WASHINGTON — SpaceX is looking at ways it could provide weather data to the U.S. military. The company is working under a $2 million six-month study contract from the U.S. Space Force’s Space and Missile Systems Center.

The contract is to “assess the feasibility and long term viability of a ‘weather data as a service business model,’” said Gerhart.

SpaceX did not respond to questions from SpaceNews on how the company would leverage the Starlink internet constellation to provide weather data.

SpaceX won the portion of the EO/IR EWS program that is looking at how weather data could be purchased as a service from a commercial company.

The SpEC consortium was created in 2017 to attract commercial space businesses to work with the military. The contracts awarded by SpEC are known as “other transaction authority” deals that are used for research projects and prototyping.

The consortium on Oct. 8 informed its members that SpaceX had won the weather study contract.

“The Air Force is pursuing a space-based environmental monitoring EO/IR system in a multi phased approach,” the SpEC said in an email to members.

The EO/IR EWS program is looking at a future proliferated low-Earth orbit constellation to focus on cloud characterization and theater weather imagery that could be supplemented by commercial services. SpaceX’s contract is for the “weather data as a service system architecture exploration phase,” said SpEC.

Industry sources speculated that SpaceX could provide weather data collected by sensors hosted on its own Starlink satellites, or it could team with  a weather data services company and use Starlink to distribute the data to customers.

One executive noted that both the U.S. military and the National Oceanic and Atmospheric Administration have growing demands for data that can be provided at relatively low cost from companies that operate proliferated LEO systems.

“Both NOAA and the Air Force have been evaluating commercial weather data for several years,” said John Fisher, president and chief technology officer of Brandywine Photonics, a company that develops weather payloads for small satellites.

“Companies that can vertically integrate payloads, spacecraft, launch, and low-latency optical crosslinks will have a distinct advantage in future releases of NOAA and Air Force commercial weather data pilot program requests for proposals,” Fisher told SpaceNews.  “Good weather data now from a low-cost constellation of smallsats is better than perfect data an hour later from a single expensive satellite.”

These changes to our food systems could improve human and planetary health
Amazon blames ‘technical issue’ for removing Apple Card as payment option
NASA probe has collected a bit too much asteroid dust and is now leaking its treasure
A ‘Blue Moon,’ A Comet And Uranus With Your Naked Eyes: What You Can See In The Night Sky This Week
‘Like froth on a cappuccino’: spacecraft’s chaotic landing reveals comet’s softness