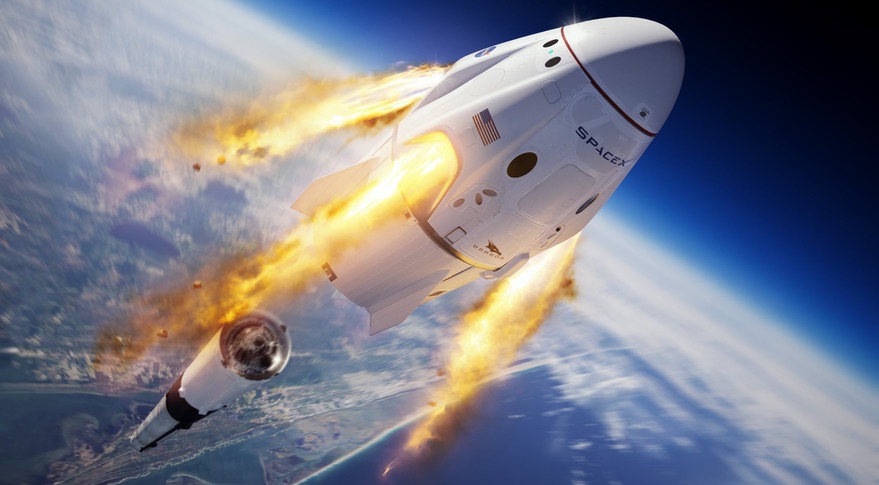 WASHINGTON — NASA and SpaceX are ready to perform a test of the launch abort system of the company’s Crew Dragon spacecraft that will also serve as a dress rehearsal of sorts for upcoming crewed flights of the vehicle.

At a Jan. 17 briefing at NASA’s Kennedy Space Center, officials with NASA and SpaceX said everything was ready from a technical standpoint for the in-flight abort test of the spacecraft, scheduled for a four-hour window that opens at 8 a.m. Eastern Jan. 18.

In the test, a Falcon 9 carrying a Crew Dragon spacecraft will lift off from Launch Complex 39A at KSC. Eighty-four seconds after liftoff, the Dragon will fire its SuperDraco thrusters to pull the spacecraft away from the rocket, simulating the ability to escape a malfunctioning booster.

That abort will take place just after “max Q,” or maximum dynamic pressure on the spacecraft during ascent, said Benji Reed, director of crew mission management at SpaceX. The spacecraft will be traveling a little faster than Mach 1.8 at that point at an altitude of 19 kilometers. It will reach an apogee of about 40 kilometers before splashing down in the Atlantic, 30 to 35 kilometers offshore, 10 minutes after liftoff.

SpaceX has performed extensive testing of the SuperDraco thrusters, including a static-fire test in November that verified changes to the thrusters after an incident in an April test that destroyed another Crew Dragon spacecraft. The company also performed a pad abort test of the system in 2015. The in-flight abort test, though, will allow for a complete, integrated test of the entire system.

“Tomorrow’s test is one of those things that is actually going to let us test that whole system, end to end,” Reed said. “This is the culmination of a lot of work and a lot of tests that brought us to today.”

While launch weather forecasts are favorable, with a 90 percent chance of acceptable weather, NASA and SpaceX said they also have to keep an eye on cloud cover, in order to maintain visibility of the vehicle during the test, as well as winds and ocean conditions for the recovery of the capsule. “It’s not an instantaneous launch window,” said Kathy Lueders, manager of NASA’s commercial crew program. “You all may be waiting for a while while we’re trying to find the perfect time to conduct this test.” Reed said later that they could extend the four-hour window for the test.

Besides preparations for the in-flight abort itself, NASA and SpaceX have been using the test to make other preparations for later crewed flights. This included a “dry dress” rehearsal of a launch countdown Jan. 17,, which featured having NASA astronauts Bob Behnken and Doug Hurley get into their spacesuits and go out to the Dragon spacecraft, but did not include fueling the rocket. Reed said they timed those steps to confirm they matched planning from prior tests.

The in-flight abort test is one the last major tests before Behnken and Hurley can fly on a Crew Dragon spacecraft to the International Space Station on a mission designated Demo-2. Lueders said SpaceX still has to perform more “system-level” tests of the spacecraft’s upgraded parachutes, although she noted that recent tests showed the new Mark 3 design has been working “very well.” Those new parachutes will be used on the in-flight abort test.

There’s additional paperwork and reviews to complete, she added, before the agency is ready to proceed with Demo-2. “Stepping through that together and making sure that we’ve dotted all the i’s and crossed the t’s before our crew demonstration flight is very, very, important,” she said. She didn’t give an estimate of when that Demo-2 mission might take place, although Reed said the spacecraft itself should arrive in Florida for launch preparations by the end of the month.

While Crew Dragon is being developed under a Commercial Crew Transportation Capability, or CCtCap, contract that NASA awarded SpaceX in 2014, the in-flight abort test is actually a milestone in an earlier award, Commercial Crew Integrated Capability or CCiCap, made to SpaceX as a funded Space Act Agreement in 2012. Lueders said the in-flight test is the last open milestone in any of the original CCiCap awards.

Lueders said there had been some debate within NASA and SpaceX two years ago about closing out the earlier CCiCap award and doing the in-flight abort test then. “We said no. Let’s do this when it’s the right time,” she said. “We’ve just been waiting and holding, and having this Space Act Agreement milestone when it was the right time to conduct it.”

Among those who will be watching the test is the NASA astronaut with first-hand experience with a launch abort system. Nick Hague was on the Soyuz MS-10 spacecraft that used its launch abort system to escape its Soyuz rocket during an October 2018 launch. He and Russian cosmonaut Alexey Ovchinin landed safely in Kazakhstan and successfully flew to the ISS in March 2019.

In a Jan. 17 interview at NASA Headuqarters, he said felt confident getting back into the Soyuz for another attempt to fly to the station after the abort. “Having gone through that, and just knowing and seeing the response, and the information that came back to us,” he said, “I was confident to get back into it.”