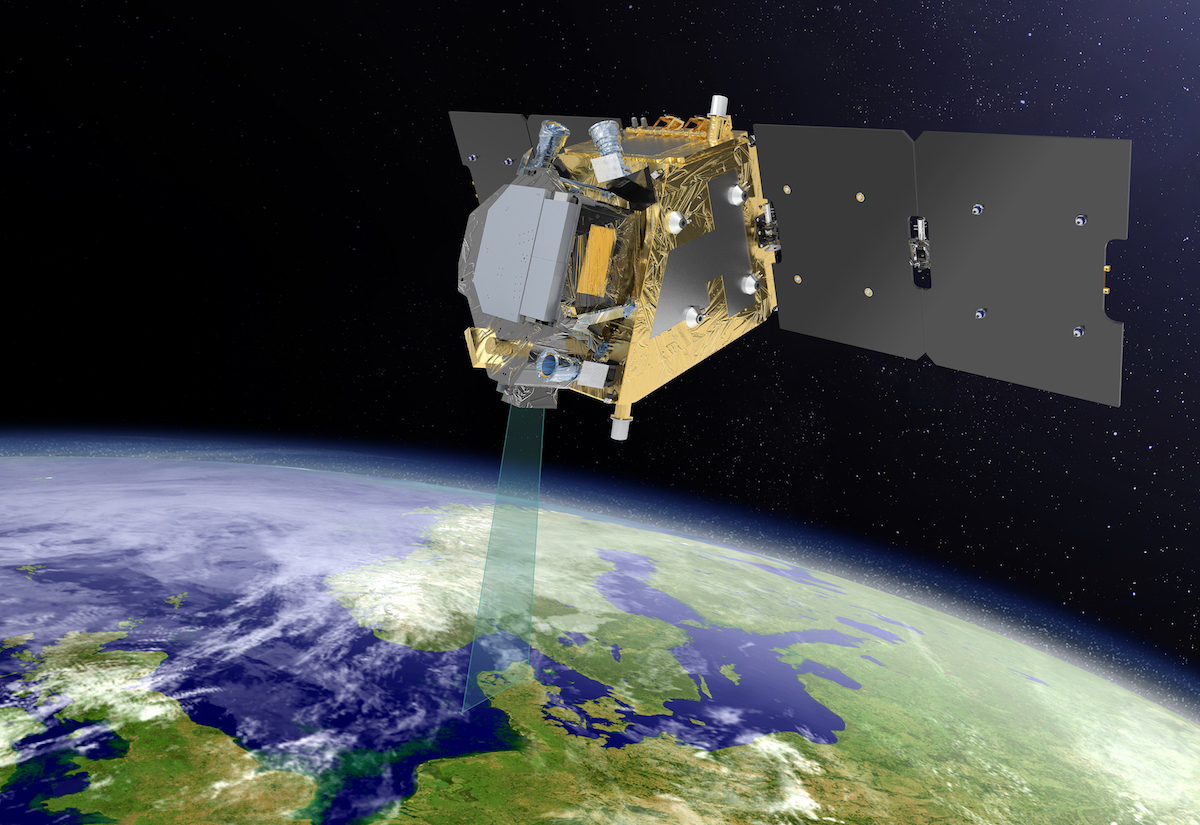 Fluorescent Explorer, or FLEX, is an ESA Earth Explorer mission that will measure photosynthetic activity by mapping vegetation fluorescence.

When ESA selected the FLEX mission in 2015, it expected the satellite to launch in 2022, a year sooner than the current schedule. Berruyer said the mission schedule was extended to accommodate requested performance improvements to the satellite’s main instrument: the Fluorescence Imaging Spectrometer, or FLORIS.

ESA awarded the FLORIS contract to Rome-based Leonardo in 2016. Under a contract change announced Jan. 10, Thales Alenia Space, not ESA, is now Leonardo’s customer for the instrument.

FLEX will operate in an 815-kilometer sun-synchronous orbit in tandem with one of the European Commission’s Sentinel-3 satellites. Data from FLEX’s spectrometer and Sentinel-3’s optical and thermal sensors when combined will “provide an integrated package of measurements to assess plant health,” Thales Alenia Space said.

In a statement, Marc Henri Serre, Thales Alenia Space head of observation and science, said winning the FLEX contract demonstrated the success of submitting a full industry consortium early in a program.

“This contract is the culmination of Thales Alenia Space’s development strategy in Europe,” he said.