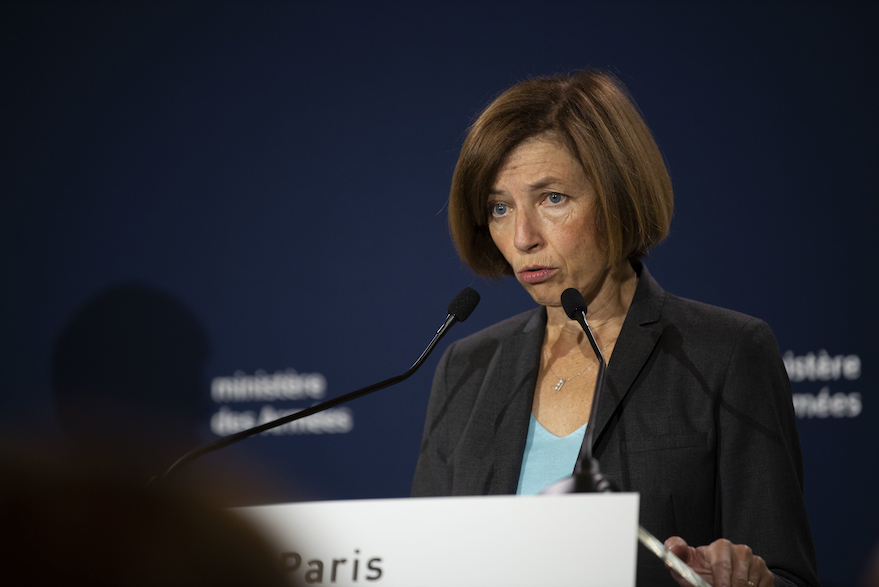 Sometimes, even when you’re No. 1, it pays to follow another’s lead. A case in point is the French Government’s recent announcement to develop bodyguard spacecraft to protect its satellites against Russian and Chinese robotic spacecraft capable of rendezvous and proximity operations (RPO). These spacecraft can repair and refuel satellites and remove space debris but also can operate in an offensive mode to disable satellites. France may not be the world’s largest space power but they are on to something here. Washington would be wise to work with Paris to turn France’s satellite protection plan into a NATO initiative at the NATO summit this December.

It would make perfect sense. In mid-July, French President Emmanuel Macron created  a space command within the French air force to help protect French satellites. France’s defense minister, Florence Parly, on July 25 provided the key features of France’s new space strategy. The French plan is not only sound, it lashes up well with U.S. policy:

Thus, what really separates the United States from France is whether and when to deploy bodyguard spacecraft. Hopefully, France’s announcement will not only convince its European partners but also motivate the United States to join its effort.

The United States is actively pursuing the idea of eliminating satellite vulnerability by using many small satellites to constitute follow-on space systems that are proliferated and redundant. Yet, full deployment of these satellite constellations cannot be completed before 2030 at the earliest. Some critical satellites, such as those for early warning of missile attacks and communications in a nuclear-disrupted environment, will remain vulnerable during the 2020s.

Bodyguard spacecraft designed to prevent offensive spacecraft from reaching or harming our satellites but that will not produce space debris are likely to be the only defense that could be ready in time, effective and non-escalatory against the robotic threat. Developing these spacecraft in conjunction with creating appropriate self-defense zones pushesback against the maximalist agendas of both military planners and arms controllers.

A major objection from military space officials about deploying bodyguard spacecraft is that initially they will be a single system that’s only able to counter a single threat — robotic spacecraft. These officials would rather develop powerful defensive and offensive weapons, such as long-range laser or interceptor systems, which could shoot down a variety of anti-satellite (ASAT) systems and other weapons. However, these systems would be too formidable to be considered a proportional response to the robotic threat and would likely trigger a space arms race that would not serve American interests. In any case, such systems will not be ready in time to deal with the robotic threat.

On the other hand, arms control officials and experts mistakenly insist that robotic spacecraft are too slow moving to be effective ASATs. They use this point to deny that there is a rapidly approaching threat and insist negotiating acomprehensive space treaty is thebest way to go. This also is not quite right.

In fact, an adversary can legitimately station its robotic spacecraft arbitrarily close to our satellites in peacetime or even during a crisis. Then upon further command, they can move the last short distance to reach and disable our satellites without enough warning to allow us to defend our satellites. Also, tensions with China and Russia make reaching any major space treaty with either country to deal with the robotic threat in a timely manner very iffy.

France is in a good position to convince NATO’s European partners to endorse bodyguard deployment. France is the largest space power in Europe. It has been leading a Europe-wide effort to modernize space capabilities since 2010 and has joint space projects with Germany, Italy, Spain, Belgium, Greece and Sweden.

NATO is likely to officially declare space to be a warfighting domain at its summit in December. During the next few months, the United States should talk to NATO partners, especially France, about expanding France’s bodyguard program into a NATO initiative, including an effort to create appropriate self-defense zones around vulnerable but critical satellites, to be approved at the summit. In the meantime, Congress should conduct hearings to make clear the urgency and desirability of this initiative.

Brian Chow is an independent policy analyst. His recent space-related articles appear in Strategic Studies Quarterly, SpaceNews, The National Interest, Defense One, Defense News and The Space Review. He can be reached at [email protected] Henry Sokolski is executive director of The Nonproliferation Policy Education Center in Arlington, Virginia, and author of “Underestimated: Our Not so Peaceful Nuclear Future.” He served as Deputy for Nonproliferation Policy in the Cheney Pentagon.

How lost lizards and Hurricane Irma are helping me get through coronavirus restrictions
As summer driving season kicks off, it’s unclear just how many people will take to the road
‘Molecular movie’ shows how electrons rearrange to kick-off a chemical reaction – Physics World
“NASA Johnson Style” (“Gangnam Style” Parody)
Oil prices rise to highest since March after U.S. stock drawdown