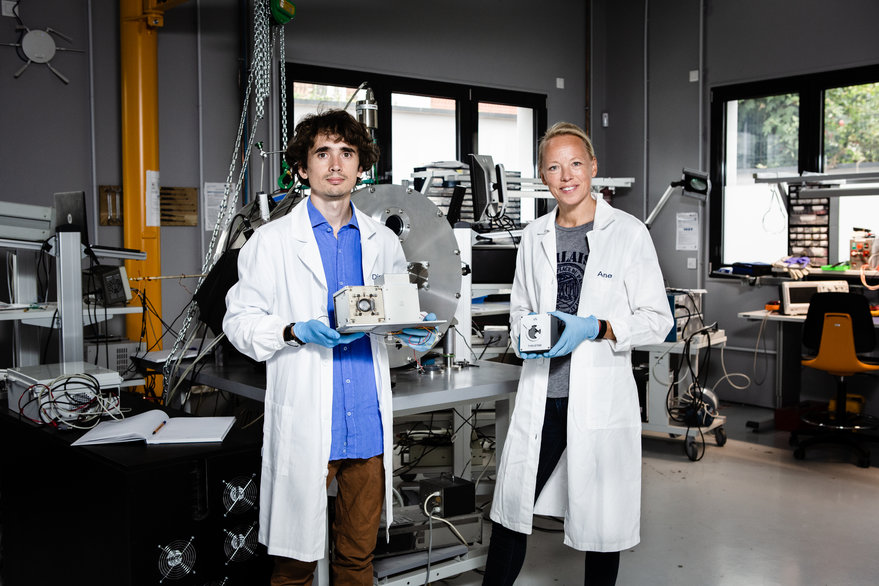 “It all operates as expected but we cannot give you data on the performance because we have just thrusted a little bit,” ThrustMe CEO Ane Aanesland told SpaceNews.

ThrustMe’s I2T5 cold gas thruster, a spinout from the French startup’s electric propulsion work, performed the first propulsive operations Nov. 18, firing for “a few tens of minutes,” according to a Nov. 19 news release. “All subsystems reported correct operations and thus the commissioning of the thruster was successful.”

Additional tests of the cold gas thruster for orbital maneuvering are scheduled for sometime in early 2020. First, Spacety, a privately owned Chinese company, plans to test the other payloads on the ten-kilogram cubesat launched November 3.

“Sometimes electric propulsion is overkill for cubesats,” Aanesland said. “Sometimes all they need is propulsion for drag compensation and collision avoidance.”

In addition to testing the cold gas thruster, Spacety’s cubesat is demonstrating a multispectral imager and laser communications.

“We had planned to do the propulsive operations after all the other payloads had been fully tested, so in two to three months,” Feng Yang, Spacety founder and CEO, said in a statement. “But we didn’t have the patience to wait. It was just too exciting to test this historic system as soon as we could.”

Spacety and ThrustMe executives are enthusiastic about Iodine fuel for small satellites.

“You can store your propellant without pressurization,” Aanesland said. “You can even send it by plane pre-filled to the customer. Since it’s not pressurized, you can make the propellant tank fit any shape that is available.”

Dmytro Rafalskyi, ThrustMe chief technology officer, said in a statement, “Iodine has remarkable advantages compared to pressurized gases, but it has also new technical and quite difficult challenges … You cannot just replace the pressurized gas with iodine and think that it will work.”

James Zheng, Spacety international business vice president, said the firm is proud of the swift pace of the the thruster test.

“It took us eight months from signing the contract to launching the satellites, and then only 15 days in space to get the first successful data,” he said in a statement.

Has Romance Survived The Pandemic? A New Report Offers A Scientific Answer
Control of osteoblast regeneration by a train of Erk activity waves
Episode 250: Sustainability leaders greet 2021 with conviction, renewed purpose
Could new COVID variants undermine vaccines? Labs scramble to find out
Signal and Telegram downloads surge after WhatsApp says it will share data with Facebook