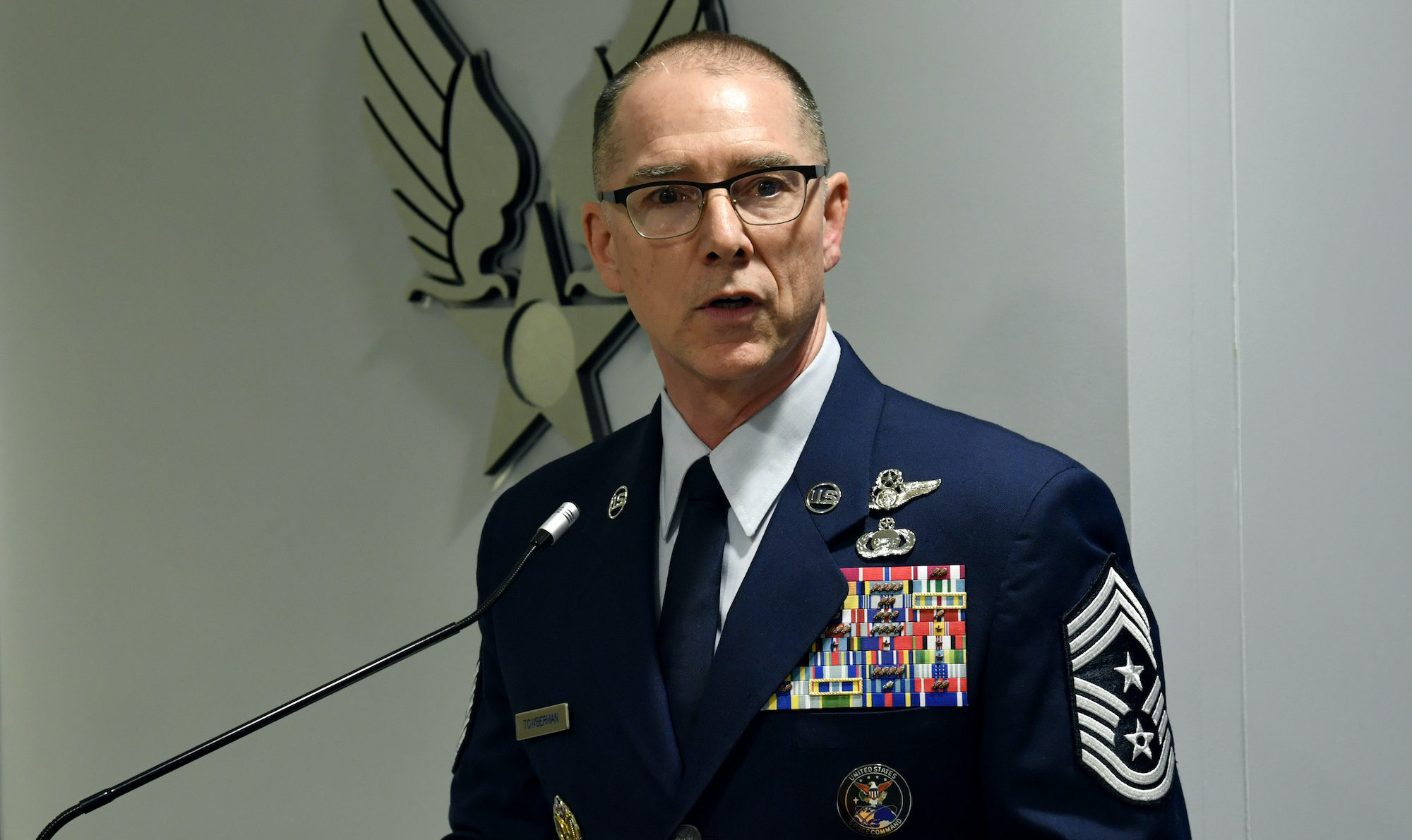 Towberman will advise the Space Force’s enlisted corps and will serve as an adviser to Chief of Space Operations Gen. Raymond and to Secretary of the Air Force Barbara Barrett.

WASHINGTON — Chief Master Sgt. Roger Towberman on April 3 will be sworn in as the top enlisted leader of the U.S. Space Force, military officials told SpaceNews.

Raymond announced in February that Towberman, the senior enlisted leader of U.S. Space Command, would also assume that role for the U.S. Space Force. His swearing-in ceremony was put on hold after DoD moved to restrict travel and group events due to the coronavirus pandemic.

Officials said Towberman on Friday will be enlisted into the Space Force at the Pentagon with just a few senior leaders present in order to abide by social distancing guidelines. A larger ceremony will be conducted at a later date.

Towberman, who joined the U.S. Air Force in 1990, will be the first enlisted service member of the Space Force.

“Today, there’s one person in the United States Space Force, and that’s me,” Raymond told reporters March 27. “We’ve identified the second airman that will be, and that’s Chief Master Sergeant Towberman.”

Towberman will advise the Space Force’s enlisted corps and will serve as an adviser to Raymond and to Secretary of the Air Force Barbara Barrett on issues like the welfare, readiness and morale of the force.

Thousands of airmen are expected to leave the Air Force and transfer into the Space Force in the coming months and years, once administrative processes and personnel policies are sorted out.

Walking in nature really can ease your mind, small study reveals
Cannabis Abstinence Is Tied To More Alcohol Use For Teens And Young Adults, Study Finds
General Motors unveils EV van as part of new commercial business unit
UK’s geothermal sector gets a boost with deal to power thousands of homes
This breathtaking close-up of Mars’ ‘grand canyon’ is giving us goosebumps