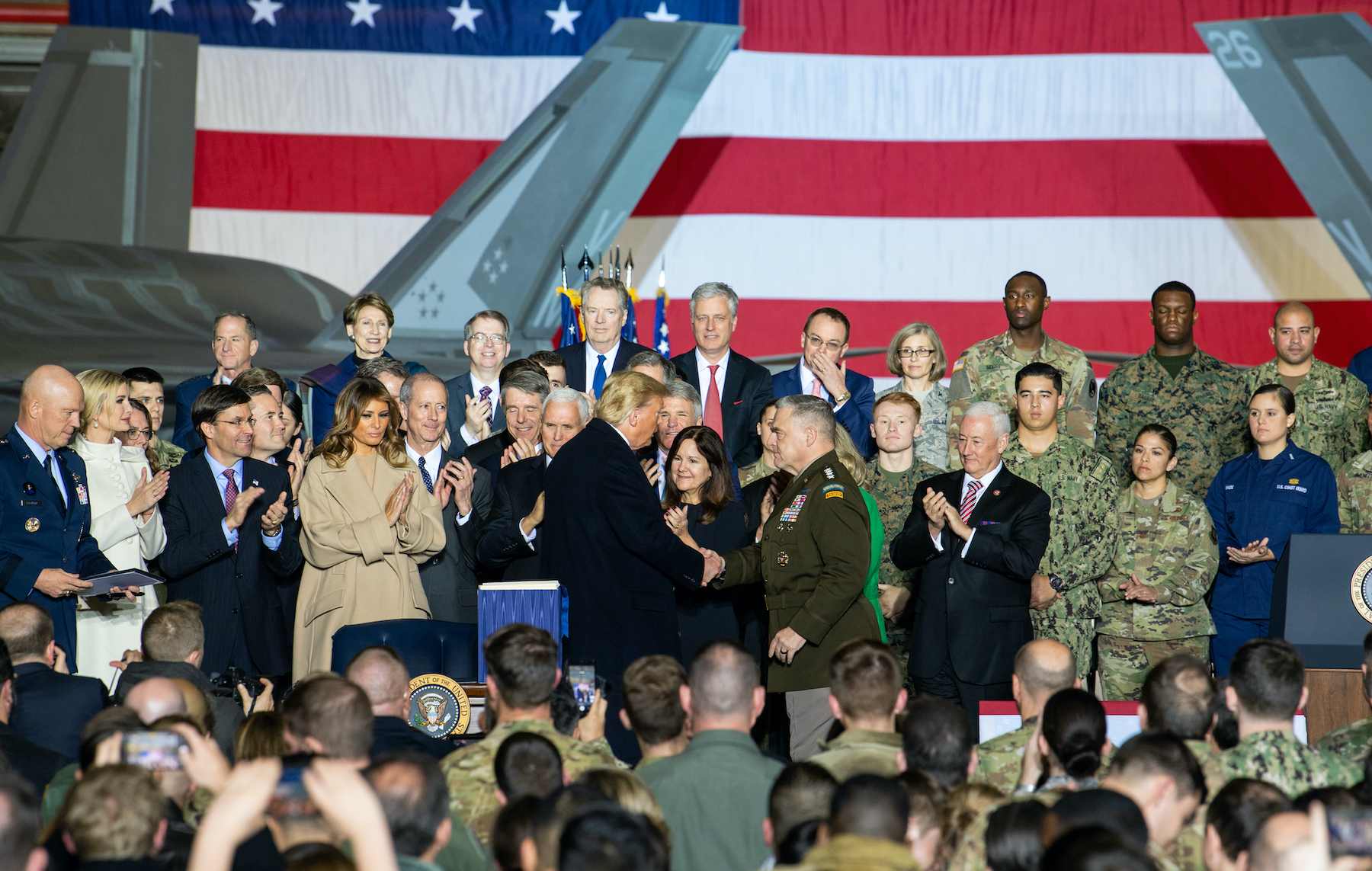 Today, the military services compete for talent at a disadvantage due to limited public awareness of military space programs.

The creation of the United States Space Force demonstrates a national leadership emphasis on the importance of the space domain to military operations. In order to meet Space Force personnel requirements, the Air Force will have to successfully recruit professionals desiring a space career in addition to transferring space experts from the other military services.

Our nation’s space program historically has inspired generations to pursue careers as space professionals in response to clear national leadership vision and commitment. The following are proposed recruiting approaches based on my 35-year military and civilian space enterprise career.

A national commitment to space led by the NASA’s Space Shuttle program and the Pentagon’s Strategic Defense Initiative encouraged many graduates in the 1980s to join government and commercial space ventures upon graduation.

The Air Force offered me the opportunity to select space-related assignments to start my career as a space professional upon college graduation and completion of military training. In order to motivate the next generation of graduates to serve in the Space Force, recruiting messaging for high school and college students interested in space careers needs to emphasize the opportunity to join, for the first time, a new military service dedicated to space activities. The recruiting strategy should also create an Air Force Reserve Officers’ Training Corps (ROTC) Space Force scholarship opportunity like the Navy ROTC Marine Option Scholarship program to raise awareness on college campuses and provide the foundation for the next generation of military space professionals.

Today, the military services compete for the same pool of talent at a disadvantage due to limited general public awareness of military space programs and perceived risk of assignment into non-space mission areas due to military mission needs.

For example, I left the Air Force for the private sector encouraged by the opportunity to work on project to launch satellites from a rocket deployed from a carrier aircraft. My career path included a variety of companies including supporting the late Paul Allen’s vision to utilize the world’s largest airplane to provide space access to solve global challenges. The Department of the Air Force will need to increase the general public’s awareness that our military develops and operates the world’s most advanced space systems to persuade the next generation to choose the Space Force over the private sector to fulfill their career space professional goals.

Air Force recruiting for the Space Force can emphasize the opportunity for space domain training to motivate the next generation. Future military space experts will also act as advocates raising awareness of the need for freedom of space operations to our nation and articulating the adverse impact of space domain threats on our daily activities.

Our military space capabilities were critical for successful military operations during the first Gulf War in the early 1990s. However, the perception that space operations performed a supporting role for air, sea, and ground warfighting domains challenged space professionals to successfully compete with air operations personnel for promotion and subjected them to post-war force downsizing. The Air Force assigned me to the Pentagon as a space program staff officer during that period which provided the strategic career perspective to leave active duty and join the private sector with the promise of advancement based upon space program accomplishments.

Air Force recruiting of next generation space professionals should emphasize that promotion and leadership position selection criteria up to the Chief of Space Operations is primarily based on military space mission contributions with support for other warfighting domains as a contributing factor.

The United States Space Force requires a growing cadre of space professionals to meet expanding personnel requirements. In order to persuade a new generation desiring a space career to join the military, Air Force recruiting should highlight the opportunity for an exciting, challenging and vital space career with the new Space Force.

Edward Morris is vice president for commercial space at Decisive Analytics Corp. He is a retired colonel in the Air Force Reserve.