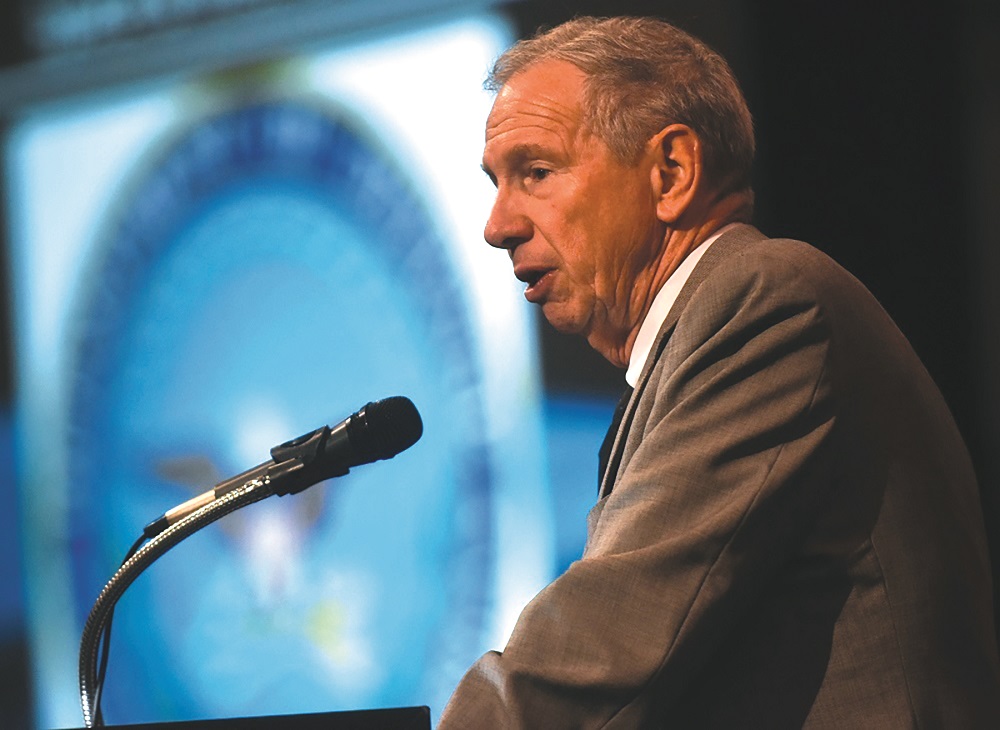 WASHINGTON — Undersecretary of Defense for Research and Engineering Mike Griffin and his deputy Lisa Porter notified their staffs on June 23 that they will be stepping down July 10.

DoD sources confirmed Griffin and Porter are leaving to pursue opportunities in the private sector. The news of their departure was first reported by InsideDefense.com.

His deputy Lisa Porter is a longtime colleague who worked with Griffin at NASA and the CIA’s technology incubator In-Q-Tel.

As undersecretary for R&E, Griffin also served as DoD’s chief technology officer. Soon after joining DoD, he became the Pentagon’s “space guy” and spoke out against the slow and “process driven” way the military develops and procures satellites and other systems while adversaries like China are moving at a rapid pace.

Griffin advocated for the establishment of a separate agency under his office to focus on space innovation and the development of a low Earth orbit space architecture to take advantage of private sector technology. He won a huge political victory when DoD stood up the Space Development Agency in March 2019 in the face of huge opposition from the Air Force.

Griffin said he viewed the the SDA as a personal cause. But the agency got off to a rough start. Griffin handpicked longtime colleague Fred Kennedy to be the first SDA director but the relationship quickly soured. Kennedy’s departure alarmed congressional committees that already were skeptical of the SDA. Griffin named Derek Tournear as the new director.

Although the SDA has won over congressional support, it continues to face pushback from some committees that question seemingly overlapping responsibilities between SDA and the Missile Defense Agency. In the recent markup of the National Defense Authorization Act, the House Armed Services’ strategic forces subcommittee was critical of Griffin’s leadership and suggested DoD should consider moving the Missile Defense Agency out of Griffin’s office.

Griffin has also been fighting efforts to accelerate the transfer of the Space Development Agency to the U.S. Space Force. Griffin, Porter and Tournear argued in a SpaceNews op-ed that the SDA should not be moved to the Space Force immediately so it could operate outside the traditional procurement system.

Heat detection by the TRPM2 ion channel
Japan cracks down on research interference and Lebanon’s devastating blast
Why are only 10% of people left-handed? Here’s what scientists know so far
NASA’s rover is taking a tree-like device that converts CO2 into oxygen to Mars
5 Questions With Cannabis Plant Botanist Dozie Mbonu