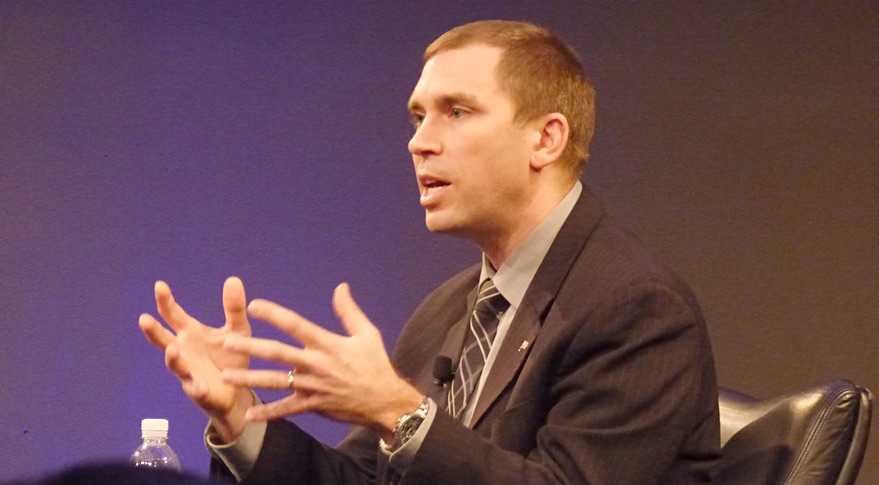 MOUNTAIN VIEW, Calif. – The current and former directors of the Pentagon’s Space Development Agency (SDA) have differing views of congressional direction to move SDA under the U.S. Space Force.

“Eventually, the Space Development Agency will report to the U.S. Space Force,” SDA Director Derek Tournear said Feb. 6 at the SmallSat Symposium. “That’s the plan and it should, right? That’s the purpose of setting up a U.S. Space Force.” He added, though, that the timing of that move was important, as was ensuring SDA maintains its “resources, processes and values.”

In the 2020 National Defense Authorization Act, Congress directed SDA to become part of the Space Force no later than 2022.

In discussing the move, Tournear referred to “The Innovator’s Dilemma: When New Technologies Cause Great Firms to Fail,” a book by former Harvard professor Clayton Christiansen.

As the book explains, “you can’t create disruption in an existing organization that has its own resources, processes and values because whoever dominates those is going to dominate what gets developed,” Tournear said. “If you go into an organization that has the same resources, processes and values of [the Air Force Space and Missile Systems Center], that may not enable you to do the disruption that is needed. However, if it’s set up in such a construct that they’re kept independent, that’s completely fine.”

At the same conference a day earlier, former SDA Director Fred Kennedy shared a different view of the congressional mandate.

“The Hill decided that we would consolidate all these activities under one head to prevent fragmentation and the like,” Kennedy said. “My thought on consolidating the disruptive element into a larger activity would be sort of like giving SpaceX to Lockheed.”

Military space funding already is consolidated, Kennedy added. The Space and Missile Systems Center spends about $7 billion a year. SDA’s 2020 budget is $125.5 million, or less than two percent the size of SMC’s budget.

“When someone talks about consolidation for efficiency, I’d say it’s already consolidated,” Kennedy said. “If it’s consolidation for some other purpose, let me know what that is. But the honest truth of it is, SDA is a very small dog getting wagged by a very big tail.”

How tree-planting startup Propagate Ventures monetizes land conservation
Neptune’s moons are caught in one of the strangest orbits ever seen
Docker partners with AWS to improve container workflows
Middle-School Student Names NASA’s Next Mars Rover
Things Are Really Weird in The Outer Solar System, And We May Have Figured Out Why