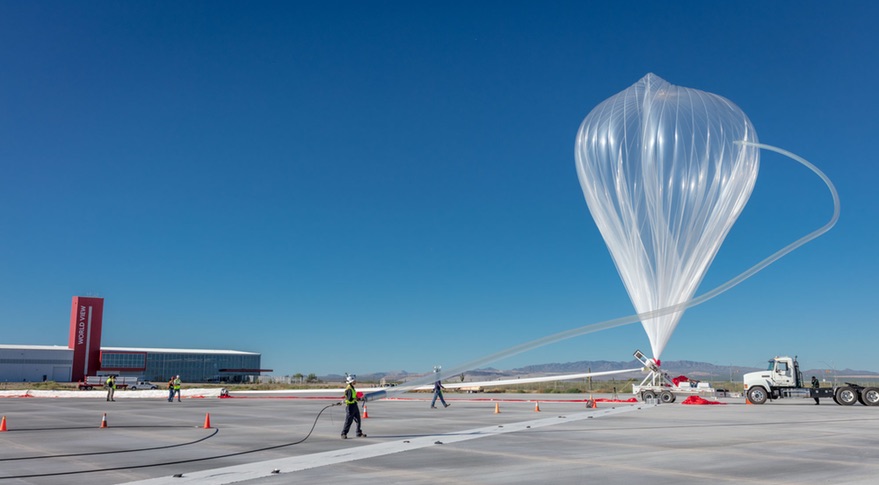 WASHINGTON — World View, a company developing stratospheric balloons that provide capabilities that have traditionally required satellites, has hired a new chief executive to help transition the company from development to operations.

World View’s board brought in Hartman as the company shifts from development of what it calls Stratollite, a stratospheric balloon that is able to maneuver and fly over the same region for extended periods, to production and regular operations of the system. The company has raised nearly $50 million to date, including a $26.5 million Series C round in 2018.

“We’re thrilled to welcome Mr. Hartman to the team and believe his extensive industry experience and accomplished track record will help usher World View into a new phase of growth,” said Tom Ingersoll, chairman of the board of World View, in the statement. “As World View prepares for scale and growth, we believe Ryan brings the perfect mix of vision, strategy and execution for the next chapter of our company’s history.”

Hartman, in an interview, said his goal is the “productize” the Stratollite for commercial and government customers. “We are on a growth trajectory, and that is what I have been asked to do,” he said. “Our focus here is transitioning into the productization of the Stratollite.”

The company has had some customers for the system during its development, including NASA’s Flight Opportunities program, which uses the balloon for high-altitude flights of various experiments. Perhaps its most famous customer was the fast-food chain Kentucky Fried Chicken, which flew a chicken sandwich on a World View balloon in 2017 as part of a publicity campaign.

In the interview, Hartman was vague about specific business opportunities, in terms of customers or applications, that he plans to pursue. “The list is nearly endless, which is what is exciting,” he said when asked about potential markets for Stratollite. He did identify “science and research and understanding our planet” as one key area for the company. “It’s a market that Stratollite is well-positioned for.”

The announcement of the new chief executive comes as the company was facing more scrutiny about its growth. The company’s headquarters in Tucson, Arizona, was built for the company by Pima County, which includes Tucson, as part of an economic development package. World View is leasing the facility from the county under an agreement that requires the company meet targets for hiring.

The Tucson Sentinel reported Feb. 21 that World View had missed a target of 100 jobs there as of the end of 2018. The company had 87 employees as of earlier in the month. County officials said they had no plans to cancel the agreement as the average salary of the company’s employees was significantly higher than the $50,000 required under the deal, and that there was new leadership focused on production.

“I do foresee growth in our future,” Hartman said. “It’s going to be disciplined growth in that, first and foremost, we have to have a product set that we’re proud of and we can stand behind and delivers value to our customers. With that product will come growth opportunities.”

Poynter, the former chief executive, will stay with World View as a strategic adviser and member of the board of directors. “We’ve made amazing progress and have built a strong foundation for the company to thrive under Mr. Hartman’s leadership,” she said in a statement. “I couldn’t be happier with his appointment and the board and I are confident that, as a seasoned leader with unrivaled aerial systems expertise, he is the right person to build on our momentum and carry the vision forward.”

Ask Ethan: How Does The CMB Reveal The Hubble Constant?
Aerojet Rocketdyne completes assembly of its first AR1 rocket engine
How the EU’s new ‘toxic-free’ vision could shape your safer chemicals strategy
Cannabis Abstinence Is Tied To More Alcohol Use For Teens And Young Adults, Study Finds
20 C-suite sustainability champions for 2021