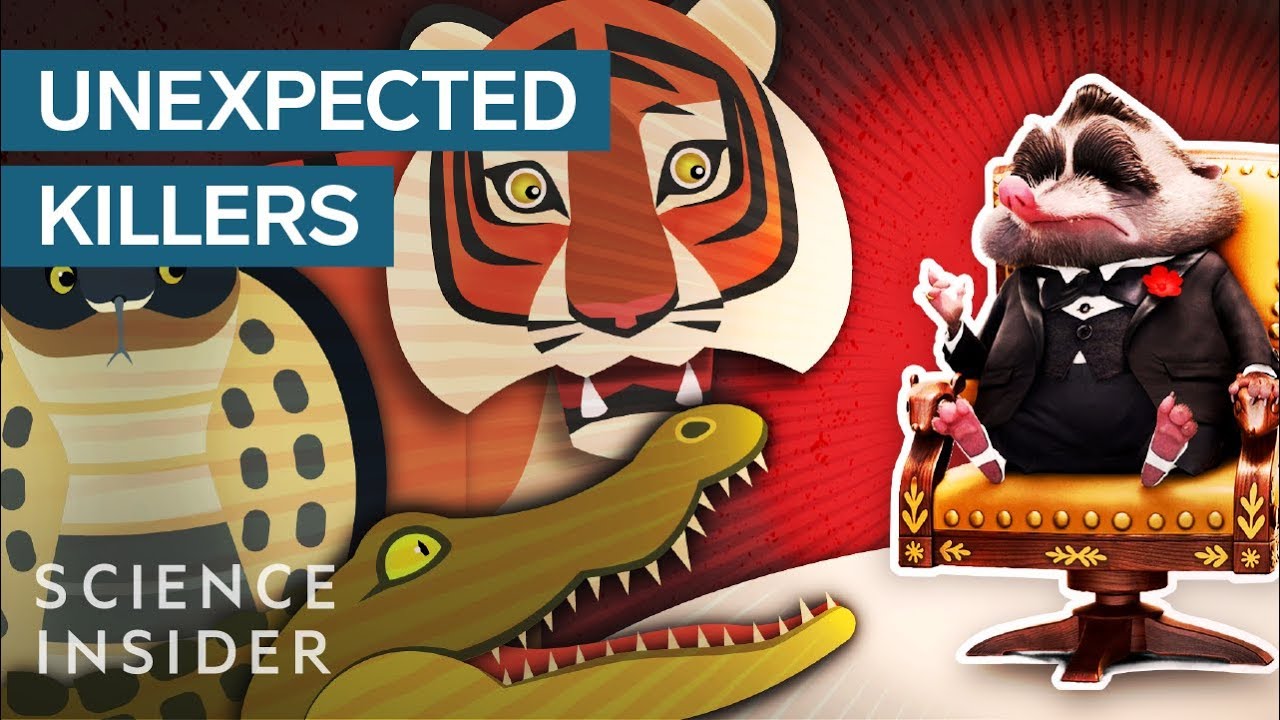 Following is a transcript of the video.

Foxes cower at his name. Polar bears follow his every order. The name Mr. Big strikes fear into the heart of many a predator in Zootopia.
As well it should, Mr. Big, after all, is an arctic shrew. And shrews are fearsome predators.

Turns out some of the most formidable hunters in nature, come in surprising packages.

Quick, think of a fearsome predator. What comes to mind? Crocodiles? Cobras? Tigers? You might not think to flee at the sight of this Northern short-tailed shrew. And that would be a mistake.

These tiny guys can take down prey over twice their size with a single bite. Their secret? Venomous spit. In fact, these shrews are one of the only mammals on Earth with a toxic bite. But even they can’t contend with our next hunter, the mongoose.

They mostly dine on insects, small reptiles, birds, and rodents. But some species also go after deadlier prey. Like cobras, mambas, and other venomous snakes. And sure, it takes guts to battle a full-hooded cobra but there’s more to this bravery than meets the eye. These mongooses are resistant to neurotoxins in snake venom. Normally, the toxins bind to muscle cell receptors which blocks signals from the brain, causing paralysis. But certain mongooses have specially shaped receptors that fend off the toxins.

Next up, the giant otter. On average, they’re about as long as a human man is tall. And usually, prefer prey like catfish and piranhas. But on rare occasions, they’ve been known to go after anacondas and croc-like caimans at least twice their length. And they don’t even have any secret weapons, like toxic saliva, for help! Just their fellow otters since they sometimes hunt in groups.

But believe it or not, there’s another type of weasel who goes after even bigger quarry. The Wolverine. Wolverines are about the size of a border collie. And have been known to hunt caribou! They like to ambush their prey and when that doesn’t work, they have the gall to try and steal prey from larger predators like wolves and bears.

Last but certainly not least is perhaps the most unsuspecting predator of them all. Meet the Epomis beetle. Right after birth, these hungry larvae are already on the hunt. Frogs, toads, and salamanders are a tasty meal. But the newborns can’t just chase these large meals down. Instead, they lure their prey by tricking it into attacking them. Then, they swing around, sink their hooked jaws into the flesh, and latch on. Mmm, lunch time!

Whether you’re dealing with a beetle or a weasel, the lesson’s clear, size isn’t everything. Are there any unsuspecting predators we missed? Let us know in the comments. And thanks for watching.

Arecibo replacement could support space situational awareness
The Dream Of String Theory Is An Unlikely Broken Box
SiriusXM and Maxar Technologies reveal problems with SXM-7
Momentus CEO resigns amid U.S. government concerns
Astronomers have discovered a star that survived being swallowed by a black hole